Articles: Preparations for the battle between Kartikeya and Surapadman

Ganesh gets the global touch

Sony Entertainment Television’s mythological show Vighnaharta Ganesh is not only known for its interesting depiction of mythological stories but also the technology that goes into the final creation of the show.

Those, who have an idea of editing, know how tough it is to create VFX edits and how much time and effort goes into the same. While making day-to-day episodes still becomes easier with passing time, some major sequences like wars, which require heavy motion, take longer. Sharing details, Kartikey, aka Basant Bhatt, said, “I am quite excited to see how this entire thing comes out and am sure audience too would be captivated by it.” 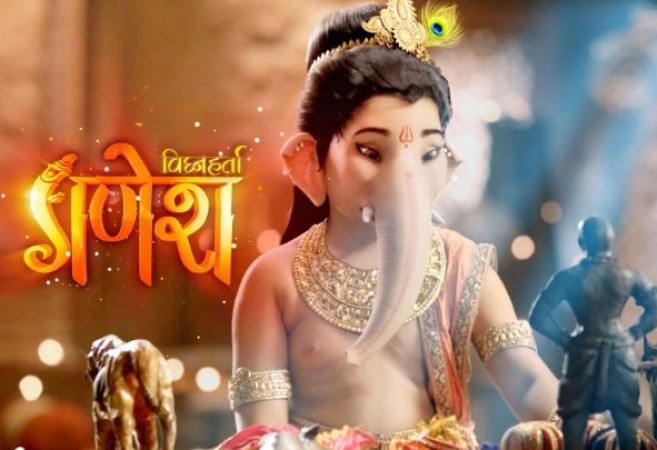 TV's well-known serial Vighnaharta Ganesh is known not only for its interesting portrayal of mythological stories, but also for the technology used in the making of the show. The current sequence of the show depicts the marriage of Karthikeya and an upcoming episode may show Karthikeya's battle with a demon named Sursai. At present, this story will be long and the war scene can be aired after about a month but it is being prepared long back.

Its secret is the special effects of this sequence. The show is usually shot three to four days before the show airing because the show has to be shown daily. To edit this sequence, VFX artists from America before the Corona crisis are working day and night. Basant Bhatt, who plays Karthikeya in the serial, said, "The battle scene between Karthikeya and Sursai will be grand. Some ancient weapons will also be shown in it, such as flying arrows and tridents. "

He further said, "Along with this, Sursai's deal will also be huge in this sequence. Only a professional was needed for this. That's why we were asked to shoot a month before the broadcast. Artists were called from abroad to edit this entire sequence. I am very excited to see how it all works. I'm sure it will thrill the audience as well. "

A-A-S's comments: It's cool to hear that they've had American VFX artists helping out again.

VG is a very graphics-intensive show, and as long-term VG fans will know, the majority of the show has actually usually always been shot about three weeks before broadcast in order to give them enough time for the graphics and post-production, not just three to four days before broadcast as the NewsTrackLive article states and as other non-graphics-intensive shows may do. Looking forward to seeing Kartikeya's eventually upcoming and important battle with Surapadman!

(Surapadman as opposed to his mother, Surasayi, like this second article says.)