Hi Everyone Mira Nair Hollywood and Bollywood Director is coming with her new movie "Words with God" Its a short film of 15 mins and Ram Kapoor is a part of it i would post all the articles related to this movie in this thread if u guys have some info please post here...
And Ram has finished shooting for this movie in 2012 itself

Rams Pics from The movie trailer 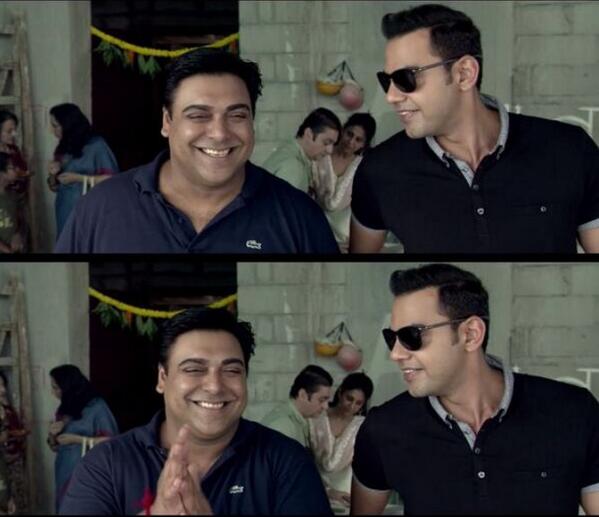 After barely completing all the complicated post-production work on her next feature film The Reluctant Fundamentalist, Mira Nair has no time to catch her breath. She shot her next film entitled Words With God from August 16 in and around Mumbai.

Sighing in deep exhausted pleasure Mira the reluctant director says, "Can you believe it, I am barely out of one film and I am already onto my next. I am making a 15-minute film for a wonderful compilation-feature being produced by Guillermo Arriaga called Words With God. He has got these 6 directors " if I may say so myself " to make films on the subject of God. Zoya Akhtar and Reema Kagti have written the script. We've been working on it for six months. We've got a wonderful lacerating script. And we're shooting here in Mumbai from August 16 and 21 August. This is my most phat-a-phat film."

The other brilliant directors who are part of the compilation-feature film include the highly-regarded Serbian filmmaker Emir Kasturica.

Sighs Mira, "I have seen his film Underground and... oh my God! He's amazing. Nearly all the other director who are doing films on God have completed their films. Then there is the Australian director Warwick Thornton who made Samson Delialah, a masterpiece. Then there's the Kurdish director Bahman Ghobadi, and of course Arriaga himself. I am one of the last directors to make my film for the compilation because I was so consumed by The Reluctant Fundamentalist."

Talk is on for the Cohen Brothers and Woody Allen to complete the bouquet of director who would make film under the umbrella title Words With God.

Exults Mira, "My film is about an upperclass Mumbai family which is going to see its new duplex apartment. The family begins to have a discussion on where to put the pooja room. Through this heated argument in the car the family's little 8-year child plays an imaginary hide n' seek with Lord Ganesha. He literally imagines Ganesha in all these avatars."

"And then of course there is the great Tanuja. I have pined to work with her. She's inimitable. I've to accommodate all these wonderful actress into just 15 minutes of playing time! Kya Karen? I love to work on at least one short film every year. What's amazing about this one that I'm making in Mumbai is that it saddles the worlds of reality and the fantastical. There's an artiste here in Mumbai who does these wonderful idols called Shilpa Chavan. She has done these amazing 8 Ganesha heads that will be worn by Anand Tiwary who plays Ganesha."

Mira does this spiritual film after her father's death.

Says Mira, "The film questions the validity of God. A child sees God everywhere and we who think we need a special room to house God don't understand the essence of God."

Mira shot four days in a duplex apartment in Mumbai, then two days on the streets of Mumbai.

Says Mira, "I signed on to do this 1 years ago. While I was editing The Reluctant Fundamentalist I was working with Zoya on this project."

Actually the movie is directed by Mira Nair and many other HW actors so the trailer looks HW type!!
This is actually  a mumbai based movie
1
REPLY QUOTE

Tfs monika for the info

Actually the movie is directed by Mira Nair and many other HW actors so the trailer looks HW type!!
This is actually a mumbai based movie