Wish you all Shubh and Happy Diwali and Nutan Varshabhinadan 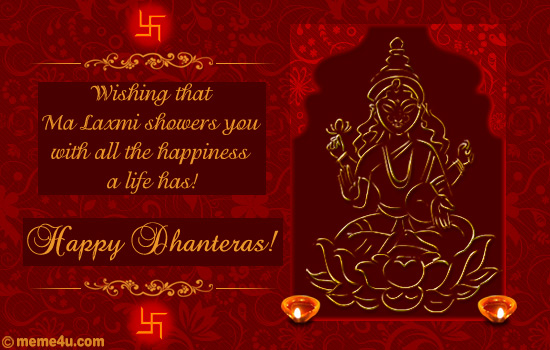 Diwali, the Hindu festival of lights, is the most popular of all the festivals from South Asia. It is also an occasion for celebration by Jains and Sikhs.

The festival of Diwali extends over five days. Because of the lights, fireworks and sweets involved, it' is  favourite with children and grown ups.

The festival celebrates the victory of good over evil, light over darkness and knowledge over ignorance, although the actual legends that go with the festival are different in different parts of India/

The date of Diwali is set by the Hindu calendar .It varies in the Western calendar. It usually falls  either in October or November.

Diwali is a New Year festival in the Vikrama calendar, where it falls on the night of the new moon in the month of Kartika. 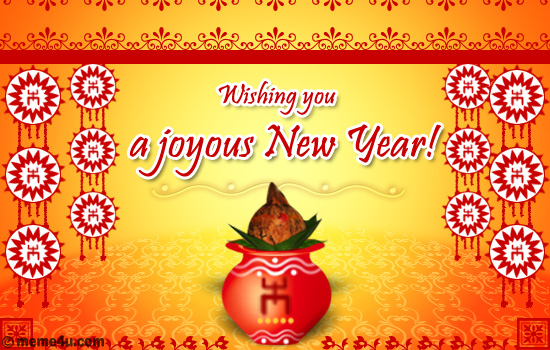 Diwali is also used to celebrate a successful harvest.

A row of lights

The name of the festival comes from the Sanskrit word dipavali, meaning row of lights.

Diwali is known as the 'festival of lights' because houses, shops and public places are decorated with small earthenware oil lamps called diyas. These lamps, which are traditionally fueled by mustard oil, are placed in rows in windows, doors and outside buildings to decorate them.

The lamps are lit to help the goddess Lakshmi to  find her way into people's homes. They also celebrate one of the Diwali legends, which tells of the return of Rama and Sita to Rama's kingdom after fourteen years of exile.

Fireworks are a big part of the Diwali

This festival honours Lakshmi, the goddess of wealth.

People start the new business year at Diwali, People  pray to the goddess for a successful year. 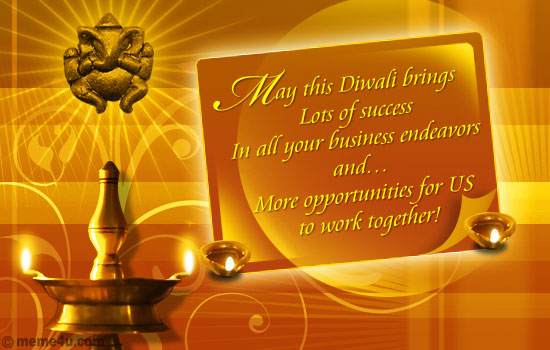 Rangoli are drawn on the floors near the entry of the house - rangoli are patterns and the most popular subject is the lotus flower. This because images of Lakshmi traditionally show her either holding a lotus or sitting on one.

There is much feasting and celebration, and the Diwali lamps are regarded as making it easy for Lakshmi to find her way to favoured houses.

The goddess Kali is celebrated at Diwali in the Bengali and Oriya areas of India.

Many Indians see Diwali as an occasion to gamble. This comes from a legend in which the goddess Parvati played dice with her husband on this day and she said that anyone who gambled on Diwali night would do well.

Diwali is very much a time for buying and exchanging gifts. Traditionally sweets and dried fruit were  common gifts to exchange. Nowadays diwali has become a time for serious shopping,  This  commercialism  side of festival is eroding it's  spiritual side

In most years shopkeepers expect sales to rise substantially in the weeks before the festival.

Diwali is also traditionally a time to redecorate homes and buy new clothes.

Two of the legends of Diwali show the triumph of Good over Evil and tell of the destruction of two monsters that preyed on humanity.

The killing of the demon Narakaasura

The demon Narakaasura was the evil king of Pragjyotishpur, near Nepal. He ruled with  He  terror, abducted 16,000 daughters of the gods and stole the earings of Aditi, mother of the gods.

The gods asked Lord Krishna to help them.  After a mighty battle he killed the demon, freed the girls and recovered the earrings.

The rescue of the 16,000 girls is said to be the origin of the story that Krishna had 16,000 wives. After his victory Krishna returned very early in the morning and was bathed and massaged with scented oils. Taking an early morning bath with oil is still a Diwali tradition.

The killing of the demon Ravana

Ravana, with ten heads, was the wicked king of the island of Sri Lanka, He kidnapped the wife of Ram named Sita. Ram had been in exile for 14 years because his mother kaikeyi  wanted  hee=r son Bharat  his to be the next king in Ayodhya.

After a great battle Rama killed the demon and recovered his wife. Rama's return with his wife Sita to Ayodhya and his subsequent coronation as king is celebrated at Diwali.

When Rama and Sita first returned to Ayodhya in the  dark moonless night, they couldn't see where they were going. Then people put little lamps outside their houses so  the new king and queen could find their way, beleived to be the beginning the tradition of the festival of lights.

To Jains  Diwali marks the attainment of moksh by Mahavir in 527 BC.

To Sikhs Deepavali  is celebrated because of  the return of Guru Har Gobind Ji to Amritsar after freeing 52 Hindu kings imprisoned in Fort of  Gwalior by Mogul  Emperor Jahangir;
Sikh people lit candles and diyas to celebrate his return. This is the reason Sikhs a refer to Deepavali as Bandi Chhorh Divas, "the day of release of detainees". Deepavali is considered a national festival in India and Nepal.
More information in next post.

Days of Diwali and it's importance

Day 1. Dhan teras  It is celebrated on 13  day of  Krishna Paksha or 28th  day Ashvin ): Dhan means wealth and Trayodashi means 13th day. This day falls on the 13th day of the second half of the lunar month. It is considered an auspicious day for buying utensils and gold. This day is regarded as the Jayanti of God Dhanvantri who came out during the churning of the great ocean by the gods and the demons.

Day 2 Kali chaudas (29 day of Ashvin maas  or 14  day  ofKrishna Paksha  Ashvin): Chaturdashi is the 14th day on which the demon Narakasura was killed by Krishna  an incarnation of lord Vishnu. It is also called Naraka chaudas. It signifies the victory of good over evil and light over darkness (Gujarati: Kali Chaudas, Rajasthan : Roop Chaudas). In southern India, this is the actual day of festivities. Hindus wake up before dawn, have a fragrant oil bath and dress in new clothes. They light small lamps all around the house and draw elaborate rangoli outside their homes. They perform a special pujawith offerings to Krishna or Vishnu, as he liberated the world from the demon Narakasura on this day. It is believed that taking a bath before sunrise, when the stars are still visible in the sky is equivalent to taking a bath in the holy Ganges. After the puja, children burst firecrackers celebrating the defeat of the demon.

Day 3Lakshmi Puja(30th day Ashvin or 15 Krishna PakshaAshvin): Lakshmi Puja marks the most important day of Diwali celebrations in North India. Hindu homes worship Lakshmi, the goddess of wealth, and Ganesh, the God of auspicious beginnings, and then light lamps in the streets and homes to welcome prosperity and well-being.

Day 4.  Bali Pratipada andGovardhan Puja Nutan varsh (1 Kartika or 1 Shukla PakshaKartika) : In North India, this day is celebrated as Govardhan Puja, also called Annakut, and is celebrated as the day Krishna ' an incarnation of god Vishnu ' defeated Indra and by the lifting of Govardhana hill to save his kinsmen and cattle from rain and floods. For Annakut, large quantities of food are decorated symbolizing the Govardhan hill lifted by Krishna.

In Maharashtra, Tamil Nadu and Karnataka, it is celebrated as Bali-Pratipada or Bali Padyami. The day celebrates the victory of Vishnu in his dwarf form Vamana over the demon-king Bali,.  King Bali was pushed to the nether-world, and the return of Bali to earth from the neither-world. In Maharashtra, it is called as Padava or Nava Diwas (new day). Men present gifts to their wives on this day. It is celebrated as the first day of the Vikram Samvat calender, inGujarat also a new year wishing every one saal mubarak or Nutan varshabhinandan.

Day 5 Bhaiduj  Kartikaor 2 Shukla PakshaKartika): on this day, brothers and sisters meet to express love and affection for each other (Gujarati: Bhai Bij, Bengali: Bhai Phota). It is based on a story when Yama, lord of Death, visited his sister Yami. Yami welcomed Yama with an Aarti. Then they had a meal  together. Yama gave a gift to Yami  as a token of his appreciation. So, this day is also called 'YAM DWITIYA'.

Happy Diwali to everyone on IF! May Goddess Lakshmi bless everyone with prosperity and good fortune!

Happy Diwali to everyone!
May this Diwali bring you, your family, and your friends everlasting happiness, enlightenment, and prosperity

May God fulfill all your wishes in wealth, health & happiness in your life.