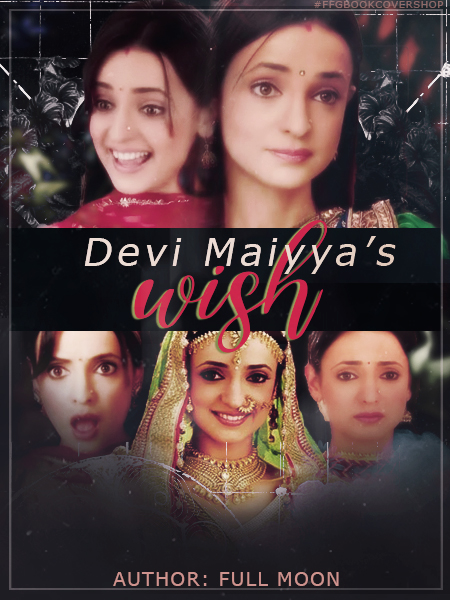 "What was the need to go leaving you family Khushi? Your babuji did not want to send, now why all this? Why did I have to shout at her? I couldn't even talk to her properly. He fisted his hand angry at himself,.. later dialled a number ...
"Yes Aman, that's exactly what I am asking. When is my ticket booked for the meeting?
Aman sure was having a gala time knowing how desperate his boss was now to go to London. His boss, who always had things under his control was desperate. Why did this always happen when Khushi was involved, he thought. After Anjali had told him about Khushi's visit to London, Aman knew what his next task would be and sure enough, the request was made!!
"Sir, It is after 4 days, precisely Thursday night, The meeting is on Monday, but because of new year the flights are all booked up and this is the latest I could get promptly replied Aman, "What the, why is the meeting next week? Can we not have it earlier?
Well, well, This desperate, thought Aman, but replied politely, "Sir, I will check with the clients and get back to you
No sooner had he ended the call, another ASR called Aman, while Aman was busy rescheduling the meeting. "Oh, brother and sister will not leave me alive!! sighing he received the call "Yes Anjali ji, what can I do for you? was his no nonsense tone, to which Anjali jovially replied,..
"Mind coming out for a coffee?
His phone nearly fell from his hands, but soon regained his senses and remarked, "Sorry, did you say coffee
Pretending as if she was offended, Anjali replied, "Why Aman you cant come for a coffee with me..? Of course he could not see her puppy face, but he had known her enough to imagine her beautiful puppy face. He too turned from his professional tone to a casual tone

"Anjali, anytime, anything for you. Go on, tell me when, where I will be there..
Anjali wasn't expecting this flirty Aman, feeling shy, "What about tomorrow lunch time?, before she could continue, "Anjali you know your brother, his priorities keep changing every second. I am already at his task now. If it is urgent, I can meet today or tomorrow after work..
Anjali asked, "Oh this Chote is too much sometimes. What work has he given you on a weekend? "
"He wants to have his London meeting earlier and I am checking if its possible replied Aman..
Now it was Anjali's turn to drop the receiver!!! Shocked Anjali "What, is that what he is doing? Oh my God, I think what is happening is true, Ok Aman, lets discuss over phone itself, go on Aman,... Aman could not understand what she was talking..
Sitting comfortably in Aman's house, Anjali exclaimed,  "Aman where have I been? I have missed out all that you have said. Honestly I have been blind trying to match La with ASR and both have been so slack, I am now fed up. But with what you tell me, I better forget about that. But how do we make them realise!! Anjali complained when Aman had explained all that had happened between ASR and Khushi ever since she had fallen into his arms.  Aman had insisted Anjali to visit him as it was easy to discuss without much disturbance.
"Anjali, leave them alone, they will find a way, yeah we can try and push them to be together, let them first realise atleast.. calmly replied Aman, enjoying his coffee.
Anjali mused over what Aman said and tried to enjoy her ginger tea made by Aman's mum.
(Dear all, I have no plans to hook Anjali so soon, but she can go out for coffee as friends,... Let her be free of all relations for a while at least!! She needs some friends outside RM and probably AR too.. What say??)
It was a contented Akash and some happy Raizadas who returned to RM after the initial talks about the marriage. The engagement was to be held soon after Khushi returns, after checking Kushals availability as he did not want to miss any occasion. Ofcourse a certain Raizada was grumpy and angry, which was nothing but normal, and another Raizada was too haughty to show her happiness. Mami was happy seeing her sons contended face, yet, she did not want to accept it to the world,...
The Guptas were contended too. Shashi too was very happy with how things were taking shape. He wanted to share this news with his Khushi... Obviously without a doubt, Khushi was overjoyed and shared the news with Kushal, Kunaal and Priti Bhabi. Last few days had brought Khushi and Priti together cooking and doing chores in Kushal's houses. They enjoyed each others company. They all made plans for the wedding that was coming up!!! Khushi and Kushal was to return together after Khushi's holiday finished,  and Kunaal and Priti to return after their Europe trip after a week.
For Khushi, London was a total culture shock. One it was winter and weather was way too cold. Her attire had changed accordingly, she was constantly wrapped up in layers. Two the day got over by 3 or 4 and dark all the time. This was new to her. It seemed like people went to work when it was dark and returned back when it was dark,.. Kushal could only console her that summers were awesome and it was bright day light until 11 in the night, to which Khushi exclaimed, "Then next time I will come only in the summer.  The only consolation was she was allowed to watch as many movies as she could and of course Kushal was there. He too enjoyed delicious food by his sister..
Kushi was happy, very happy to be with her brother. They spent quality time with each other and Kushal too tried and worked from home whenever he could. However he noticed she was not as chirpy as she was in India. He owed it the change in circumstances. Little did he know his sister was missing someone very badly!!!
Now that made her angry. Khushi did not want to miss him, she was angry at her laad governor. Yet, every time she called Payal at office, she wished she could at least hear him,.. but no luck. When she had once called RM land line with Payal working from there, it was Nani who picked up and spoke at length about the wedding, engagement and all the preparations. However, she heard a faint "Hari prakash where is the green file I had kept on my desk.
Khushi went silent and she could hear nothing else. The whole world seem to go still. Somewhere she felt calm and happy to hear his voice.. She was pulled from her world when Nani literally shouted "Khushi bitiya, Khushi bitiya, are u still there, can you hear me?

Here at Rm, Arnav's ears shot up hearing her name. He stilled on the steps thinking of Khushi and felt happy. The green file was forgotten until Hari prakash literally shoved it into his hands, "Arnav baba here is your file. Arnav took the file thinking with a smirk "Khushi, this time tomorrow, I will see you,.. I'm coming, you will not be able to escape I need to put an end to it., then to confirm to himself, "Yes that's right, once I apologise, , no more sleepless nights for me. You have been disturbing me too much , I can get back to my normal life,..

Again, there was an angry and grumpy ASR walking to and fro like a caged lion in his apartment. It has been 3 days since ASR has landed in London and still, still he has not managed to even see her. How cleverly she is escaping. Once it was head ache, then it was neighbours house .. "Ms Gupta, I will come unannounced today, what will you do.. Well I can always go to meet Kunaal, Priti, Kushal... if she is thinking I am there to meet her, then its her issue...
That's how Khushi opened the door thinking it was her brother to be back from office and surprised to find none other than her laad governor. "Arnav ji, "Khushi they whispered and stood still drinking in each others presence. Immersed in themselves, all things around them vanished and they forgot the sense of time and place. How they were yearning to see each other, with this yearning equal from both sides. It was nearing 2 weeks. If it wasn't for Kushal returning from work, they would probably have stood in their eye lock for ages. "Khushi, will you not ask ASR to come in?
Arnav's behaviour, though was considered strange by the  rest of the people sitting on the dining table having Khushi's delicious dishes. He never came to visit Kushal before, how is this new found friendship, Kunaal and Kushal thought and moreover staying he stayed back for dinner as well!! Khushi, this time could not escape from his eyes,.
While Arnav cursed Kushal and others for returning so soon, Khushi thought "Thanks Devi Maiyya for sending baba, otherwise how could I face that laad governor!! Then talking aloud,  "Please please devi maiyya, keep me away from him just like this from now on, what with all the wedding preparations coming up..Hey devi maiyya,..  What can I do with this laad... she stopped when she heard the most huskiest voice
"Whom to you want to keep away from Khushi?
Khushi swirled swiftly, loosing her balance in the process. However ASR was equally quick in holding her tight knocking all her senses off when he whispered "Careful Khushi. Khushi could not think. Oh, How could she? They were just millimetres apart.  Still safe and secure in his tight hold, she simply blinked.  "Whom do you want to keep away from
Now she was back. Trying to free herself, she too whispered so as not to be heard by anybody else
"You, who else, otherwise you will think, I am behind you and your money!!
Arnav held her again immediately and pleaded with pain imminent in his eyes, "Khushi,. However he had to let her go when they heard Priti shouting, "Khushi how long, shall I help you to bring the rotis. You can microwave them. Did you give ASR water?

Before she left, Arnav pulled her to him and almost demanded  "I want to talk to you... Not the one to care, giving him a look of attitude, Khushi freed herself and went out..

Dinner was enjoyed by all. For the first time though, all got to see a different ASR, who probably was a bit high today, what with praising all the dishes. Khushi too shy and conscious receiving the shower of praises for her food by all.
Surprisingly enough, both had a good nights sleep that day!! Wonder why!!

That's it dearies, how was it?
From now on, will start the wedding celebrations and
obviously resulting in more Arshi... yippe.. 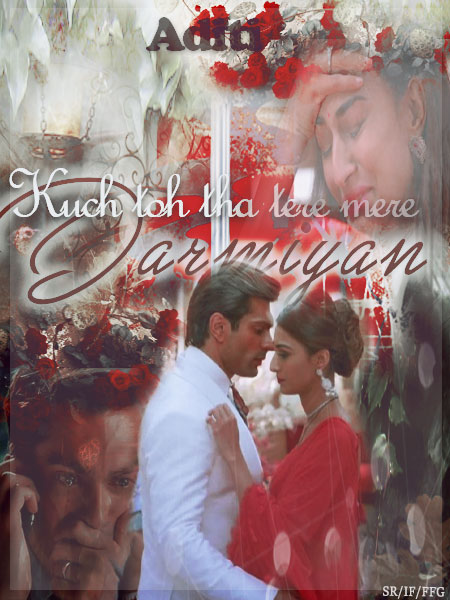 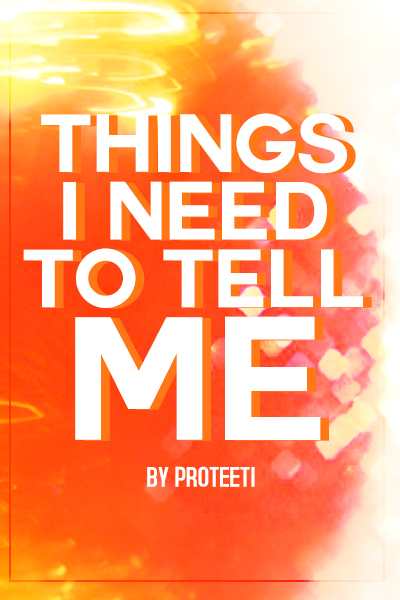 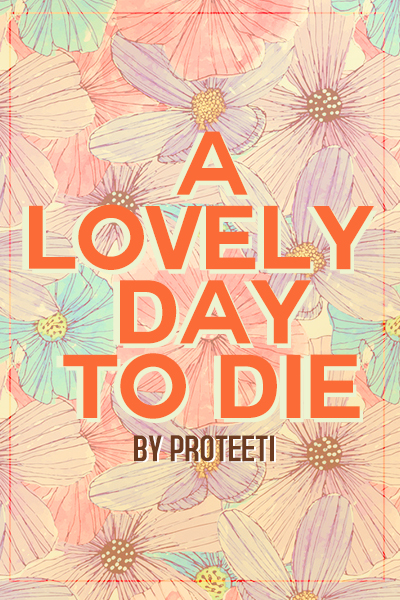