Rey was looking at the girl in his armswhose eyes were closed in fear, looking as innocent as she is. He felt hisheart starts beating after so many days. Reason was unknown to him but he wasfeeling calmed having her so close to him.

She opened her eyes and they went widewhen she saw him. He stared at her amused that how her face showed differentexpressions in just some moments, first she's scared face thinking she might befall, then there was relief sensing someone has held her and now she has ashock written on her face seeing him. Her every expression makes her cuter thanshe already is, but her eyes are the most beautiful part of her face that showsher soul and true feelings. He always feel to getting lost in those beautifulhazel brown orbs like right now which were staring back in his, with so muchinnocence.

He snapped back into his senses when sheaverted her gaze and wriggled in his arms to get freed herself. He made herstands straight. An awkward silence prevailed between them.

"I'm sorry... I didn't see youcoming." Both apologized at the same time and looked at each other. Asmall smile formed on their lips. This is first time after that fateful day hehas seen a smile on her face.

She starts looking around feeling nervousbut he was looking at her only and could see her nervousness.

Suddenly, he remembered something andgrabbed her wrist and pulled her with him inside the FE and closed the door.She looked up at him shocked with his sudden act.

"I want to talk to you." Hesaid when he saw her questioning stare. This made her heartbeat raised in fearthat what he wanted to talk now but his next words taken her back.

"I'm sorry, Taani." Heapologized sincerely. She looked at him confused.

"For that day..." he trailedlooking her confusion.

"I behaved so inhuman with you andhurt you so much with my cruel words. I've no right to behave with you likethis, I'm really sorry, Taani." he said with guilt and she could see it inhis eyes but it pained her heart seeing him like this.

"No, Rey, you didn't do anythingwrong. It has to be me who should be sorry for hurting you. I'm sorry."She said in low and guilt ridden tone, looking down, hasn't have courage tolook into his eyes.

"No, Taani, please don't say sorry.You just said what you felt but me.." he started but she cut him off.

Rey was shocked when she said her feelingfor him was her mistake. Don't know why but he felt hurt as if someone haspierced his heart with sharp knife. He felt dejected.

He thought...Doesn't he deserve happinessin his life? Is he that bad?

Suddenly, his eyes were red with fury ashe felt anger building up within him replacing the hurt which he was feeling amoment ago. He was confused why he is so angry... because she takes kriya'sname or because of remembering her betrayal or because of Taani's sudden change,calling her feelings for him her mistake.

Somewhere deep down in his heart he knewthe reason but too scared to accept it... scared for being hurt and heartbrokenagain and anger is the only way to hide his real emotions from everyone.

"Listen to me carefully, Taani becauseI'm not going to repeat it again... you're no one to comment on me and kriya orwhatever we had in past...so stay out of it." He snapped at her, angrily.She got scared seeing him angry and flinched back at his sharp words.

"Sorry." She whispered in lowtone as tears welled up in her eyes.

He came back into his senses seeing herteary eyes and guilt crept in his heart for being the reason of her tears againbut before he could do anything she ran out of there.

"Damn it." he punched his fiston wall realizing he has ruined everything again.

Taani was in her room after dinner. Shewas standing near her cupboard which had her 'Rey corner' with his picture inher hands. A small smile formed on her lips seeing him smiling in it, she couldsee his smile reaching to his eyes but then her smile faded realizing she hadnever seen him smiling like this from so long. She wants him to be happy, tosmile with whole heart. She knew his happiness lies with Kriya but he doesn'twant her to interfere in his personal life and that's why she is keepingdistance from him but it's getting hard for her.

It's been some days they have talkedwith each other but it's felt like so many years. She is missing him, badly...being near him, him shouting at her, him teaching her dance, him being angrywhenever she did any mistake, she is missing everything about him. She knew heis in front of her eyes but still so far from her and she can't do anything. Alone tear escaped from her eyes.

She startled with sudden loud voice andthe picture of his dropped from her hands.

"Taani... IDEA..." she lookedtowards a door where kriya was standing with bright smile as she said loudly inexcited tone.

Taani was too numb to process what ishappening but then her eyes went wide realizing what she was doing. She lookeddown at floor where his picture was lying and again at kriya who was nowlooking at her with confusion.

She bent down, picking up the pictureshe shoved it in cupboard and closed it hurriedly. She turned towards kriyaafter wiping her tears, with smile hoping she hadn't seen anything.

Kriya looked at her suspiciously as shesaw that she hid something and her tears also.

"Are you alright, Taani?" sheasked concerned.

"Sure..? kriya asked again. Taaninodded at her with smile on her face.

"Okay." Kriya didn't push thistopic further thinking maybe she doesn't like her interfering in her life.

"Aap kuch kah rahe the, kriya?"Taani asked her to change the topic.

"Yeah... wo I've thought somethingto get close to Rey, and I need your help in it." Kriya answered as shelooked at Taani, hopefully.

Taani felt her heart dropped hearingabout Rey but then nodded, knowing she has to help her.

Kriya entered into the guest room whichis currently hers and lay down on bed. There was a content smile on her lipsafter talking to Taani.

She remembered how she asked Taani tohelp her and as she promised, she helped her a lot. Because of her only, shegot successful to talk to Rey and made him understand her situation and now heis not angry and had forgiven her but other than that there is no improvementbetween them. He had accepted her as a friend who is part of dance team too butstill he doesn't talk to her much like before as if she is some stranger tohim.

But still Taani is doing her best tohelp her and after talking to her today, she was sure everything will bealright soon between her and Rey.

"Taani, we should think about itone more time to take his help. He is not the right person." Kriya said toher as she stopped her to move further.

"I know, kriya, you all thinks thathe is not a good person but trust me, he has changed and genuinely wants to starta new fresh." Taani reassured her because she knew at this moment only hecan help them.

"Ok, fine. If you think so, then wewill do it." kriya replied with small smile and both walked towards aclassroom.

Rey was walking in the corridor, lost inhis thoughts. The only thing or should say the only person has occupied histhoughts is...Taani. It's been a while they did talk with each other properlyand all this because of him... his anger always made him blind and in that hedoes the things he should never done that.

He was missing her... her being aroundhim all the time, her innocent non-stop talks, her doing silly mistakes andthen asking for apology in the cutest way. Those were the best days of his lifewhen with her presence around him made him forgot every problem of his life butnow he was feeling messed up within himself and because of this he couldn'table to concentrate on anything.

Suddenly his eyes caught somethingunusual which made him stop in his track. He frowned at the sight in front ofhim.

Kriya was talking with Shivam and thattoo while laughing in between.

How much he knew, along with everyone ingang, kriya also hates shivam as she knew what he had done with them, then whyshe is talking to him and that too this friendly. His brows knitted inconfusion that what happened suddenly, but then he shrugged it as he knew kriyais smart enough that she won't fall into shivam's charm and walked away fromthere.

As Rey left from there, kriya looked at hisretreating back with fallen face as this plan had also failed.

Taani walked over her who was standingbehind the pillar as she also noticed what just happened.

Taani smiled at her and then she lookedat shivam who looked at her with the expression which was telling he isdisappointed with her and angry too, and walked away from there. He wasn't happywith their plan at the first place and she knew the reason but for her only, hehelped them. But now, she has to give so many explanations to him as she knew it'sbecome more difficult to make him understand now. 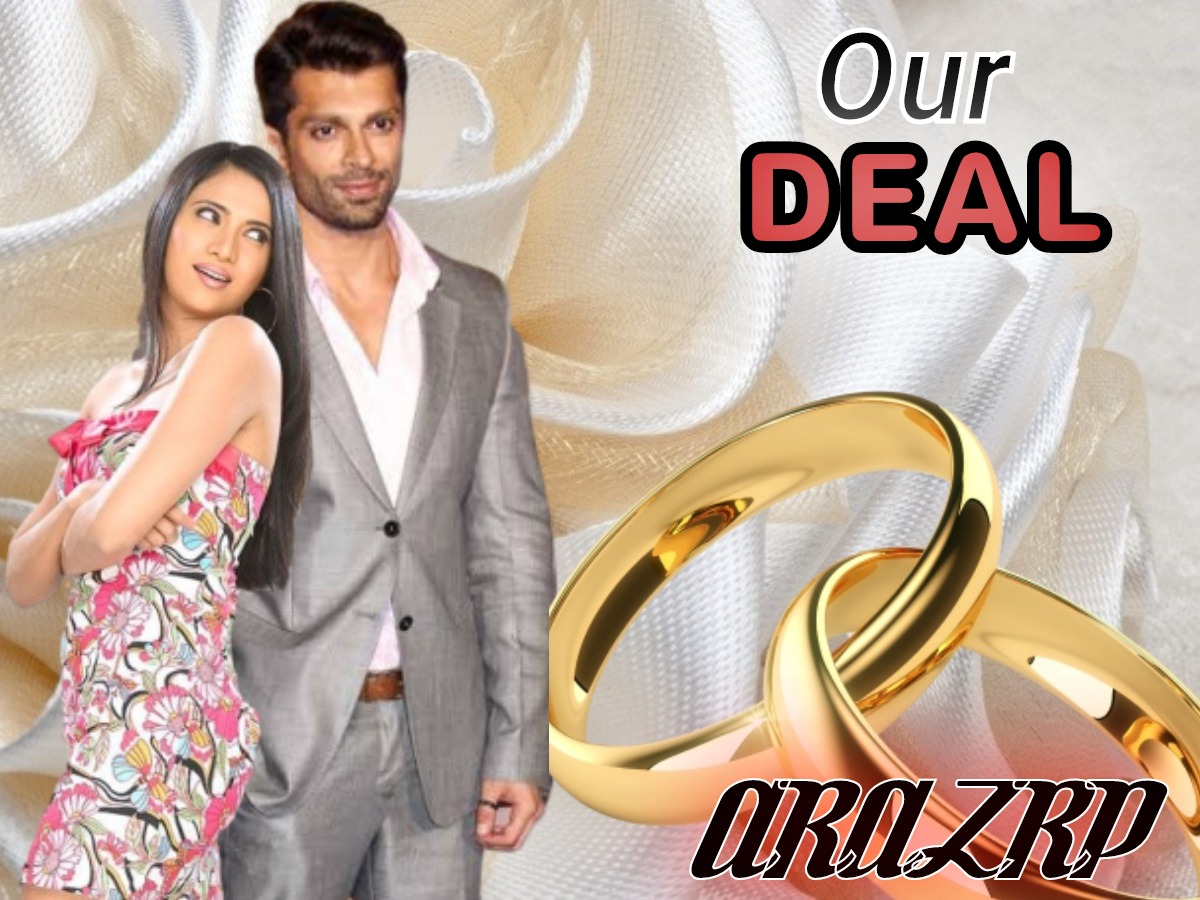 Sparks fly when a billionaire needs the help of an actress in this dramatic ... 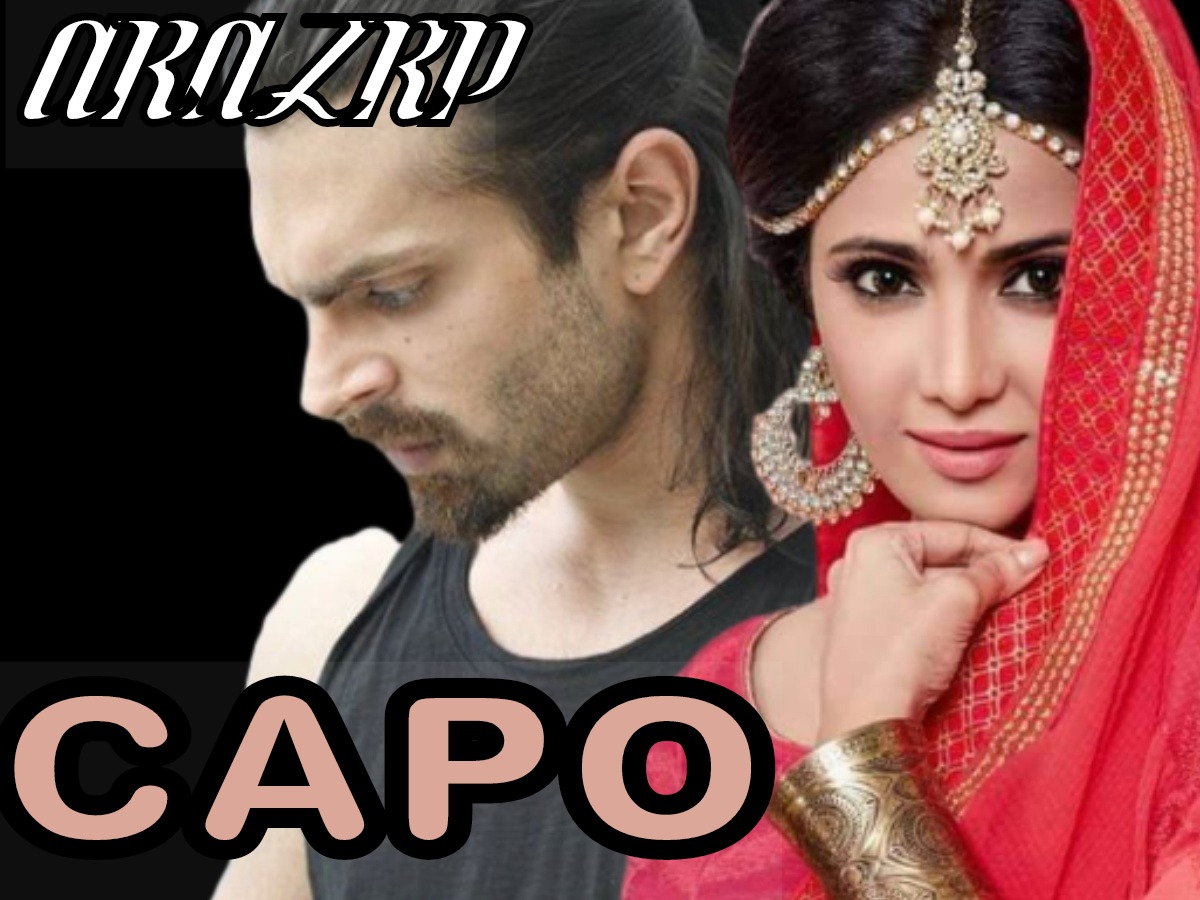 Capo a term for "leader " in mafia . Asad Ahmed khan destined and was born to ... Khushi Kumari Gupta has just graduated and is searching for a job to help her ...