Every gang member was present there in college canteen excluding two. All were cheering and partying because the charity event was a huge success. Everyone was happy except two souls, Rey and Sharon. Both were lost in their own world and missing the persons whom they want to see at that moment... Taani and Swayam. Taani was not present there because she was not well and hadn't coming college from last some days and Swayam also left from there after the event ended. But they came out from their world after hearing Neha.

"Guys, where Swayam is..?" she asked when she noticed he wasn't there.

"Yeah man. Where is he..?" vishakha agreed with her looking around.

"Actually, I had seen him leaving the college after the event. I asked him to stay but he said he has some work, so he left." Nil told them about his conversation with him. Everyone nodded at this but only Sharon knew this is just an excuse because he doesn't want to make her uncomfortable from his presence which will remind her of their conversation regarding his proposal to her.

"Me missing Taani." Neha again said in sad tone as Taani has become a very good friend of her in short time.

"Ohh please neha, who wants that nobody here." Vishakha commented uninterested. Neha doesn't like whenever she talk about Taani like this but before she could say anything Rey interrupted her.

"What's your problem, vishakha? Don't you talk nicely about her?" Rey asked annoyed with her rude behavior towards Taani.

"Why are you so worried about her? And what happen to you, why you are so protective about her?" vishakha retorted back with same rudeness. She doesn't like Taani a bit because she thinks she has taken Kriya's place in their team.

"It's not about being protective about her, it's just she is also your team member." Rey snapped angrily at her knowing her hatred towards Taani.

"Yeah, she is in our team just because SHE IS SWAYAM'S SISTER." She said sarcastically looking straight into his eyes. It angered him more and he took step towards her.

"Don't being so mean, vishakha, that you'll regret later." He said in low dangerous tone and left from there ignoring his friend's calls that were stopping him.

He was sitting on his bed in his room, lost in his thoughts. He was thinking about her only. Her arrival in his life, their first meet, his being rude with her thinking she is set up by his friends, her weird habit of continuous talking, everywhere slipping out, every time went lost in her own world, him making her sixth dancer then about knowing her being non-dancer him teaching her dance, their everyday secret meet for practice then her confession and at last his rejection.

He was so much furious on her for doing this with him, for hurting him and his feelings. He blamed her for taking his concern towards her as his love when he was doing all this because he was thinking that she was his responsibility because she is his best friend's sister. He accused her because he thought she is an innocent girl but she is so cunning. He hated her until his conversation with swayam.

He remembered swayam's word and closed his eyes in regret. That moment he realized how much he had hurt her by his harsh words. When he himself very well aware of the pain of being rejected. He could make her understand it calmly but what he did.

Some moments ago, he was so angry on vishakha because of her comment regarding Taani is being swayam's sister but he forgot he himself spat those words on her when there is no fault of her.

He wanted to apologize to her but she is not coming college. From that day he was feeling restless. He is not even able to concentrate on anything. He wanted to know how she is? Is she okay or not? And the only source to this was Swayam but today he is also not answering his calls. Don't know where he is? What if she is not well that's why he is not answering. This made him more worried for her but he can't do anything other than to wait.

Taani was sitting on the window pane in her room, thinking about the day that changed her life completely. She has came here for the love of her life...Rey. Everything was so beautiful, he was near her, helping her, protecting her from every bad thing and she was so much happy that her dream has come true, her prince charming is with her but she wasn't aware her love will become biggest mistake of her life.

Her eyes filled with tears remembering his words. Now she has realized that she was stupid that she even thought that the guy like Rey will ever love her. She is not the girl he wished for. She didn't even deserve to be a part of his life. She is just an ordinary stupid girl who always lives in her fantasy dreamland only that was so much far away from the real world.

She was guilty for hurting him and somewhere for swayam too for hiding this from him. She was feeling like she is betraying her own brother. That's why the very thought came into her mind was to leave the city but then she stopped herself for doing another mistake. She is not a coward who runs away from the problem but she has to face them and over that she doesn't want to let down her family because it was so difficult for her to convince them to let her come here for studies.

Swayam entered in her room and found her sitting on window pane, lost...again. This is only happening from the day when she came home crying. He hadn't any idea what had happened with her but he was sure that she is hiding something from him. He didn't force her to tell him, thinking that she herself will tell him whenever she feels so. But as a brother he was worried for her. The girl who always smiles, talks without even stopping now is silent and rarely smiles. Her eyes were blank. Their spark has lost which he always used to see in her eyes. His cutely weird sister has lost somewhere and it's pained him a lot.

"Taani.." he called her softly. She came out from her thoughts and wiped her tears before her bhai could see them.

"Ji, bhai." She asked while she stood up from there. Swayam walked towards her and stopped near her.

"How's you now?" he asked as he kept his palm on her cheek.

"Fine." She replied with small smile. He nodded and holding her hand he took her to her bed and made her sit and himself sat beside her.

"Taani, I want to talk to you." He said, hesitated. He was looking at her with unreadable expression.

She looked at him, confused, that why her brother is hesitating in talking to her, but then a thought crossed through her mind that... Is he wants to talk about that incident? What if he got to know everything? May be Rey had told him.. What if knowing this her bhai started hating her? The only thought of seeing hatred in his eyes for her made her shudder in fear.

She was looking at him, scared. But she knew whatever she had done was wrong but now she has to face it and is ready to accept his decision.

She nodded at him slowly to continue.

Next morning everyone was present therein RH, waiting for Swayam as he sent message to them to meet him there. Rey and Sharon both were pacing there, worried, that what he wanted to tell them as he told it's important. Rey was more tensed because from last night he's not getting good vibes as if something is going to happen.

Swayam and Taani were walking towards RH, silently. Reaching near it they stopped and looked at each other. She was not ready to go inside but he told her through eyes to come. She took a deep breath and entered in with him knowing this is not going to be easy, now.

"Hi Swayam." All greeted him except Sharon when they seen him entering in RH.

"Hi guys." He replied with small smile but his smile dropped when he looked at Rey and Sharon. Rey felt weird with his behavior but before that he could say or ask something Neha's voice disturbed him.

Rey looked at the entrance and found she was standing there behind swayam. The moment he looked at her his heart skips a beat. Instantly, he was feeling calmed in heart after seeing her after so many days. Happiness crept in his heart seeing her back, finally.

But soon his happiness turned into guilt when he noticed her dull and pale face, still red and puffy eyes. The glow was lost from her beautiful face; her eyes were blank which were always used to shine with childish naughtiness. She was looking weak and all because of him. His heart was breaking seeing her condition.

His trance broken by all the girls who moved towards her and after greeting her bombards with their questions regarding her health.

"Taani, how's you? Are you alright? Are you still feeling weak?" Neha, simmi and rinni were continuously asking her without giving her chance to say something.

"Girls, stop it.. let her talk." Sharon stopped them.

"Hi Taani." Boys except Rey also greeted her with smile as she walked forward with girls. She gave a weak smile to them.

Rey was observing her every move, the way she was hesitating in coming forward, she looked at everyone and smiled but when her eyes met with his she looked down the next moment, precisely avoiding looking at him, fidgeting with her fingers what she always does in nervousness and that to because of him and this hurts him. But there was something else too in her eyes which he can't read.

Other side, she was nervous to face him or look at him. From the moment when neha took her name his eyes on her and she could feel it but never has enough courage to look at him but when everyone greeted her, her eyes met with his and she looked down immediately, she was scared to look hatred in his eyes. She knew very well she has to face this but now it seemed difficult.

Their trance was broken by Vicky.

"Woh... mujhe tum sabko kuch batana hai." swayam said with hesitation. As he doesn't know how they all will react on this.

"Guys, actually mujhe..." he started off but interrupted by someone.

They all heard a familiar voice, came from behind and turned to the direction at the door, there was standing a girl with wide smile on her face. Looking at her all got shocked the only word came out from their mouth.

P.S.- Italic lines are taken from the show.

A poem on Prithvi Raj Chauhan 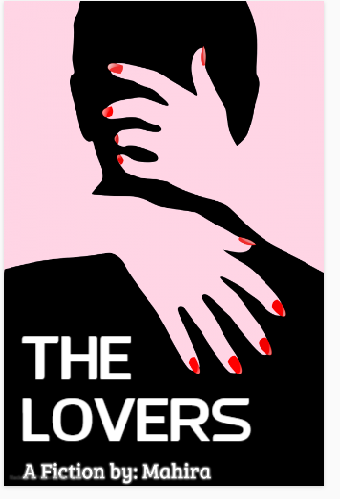 Arnav is a self made billonaire....Khushi is from a middle class family and a ... 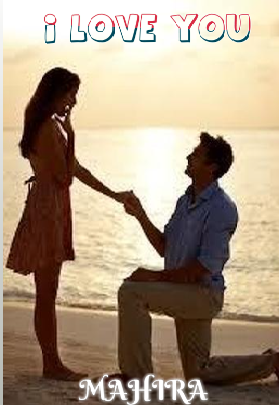 A superstar, who was rude, spoiled brat, ruthless.....but his life took a ...