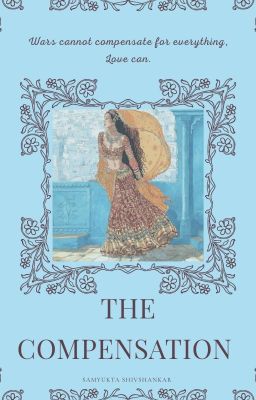 Aman looked at Arnav with an astounded expression. The forest incident that Arnav recited was difficult to believe for both his friends.

" You mean to say that you saw a deer in the forest and then you saw her teacher who is a girl, bathing and now you feel attracted to her?" Aman tried to summarise what he interpreted from Arnav's story.

" She wasn't bathing, Aman! She was just drinking water." Arnav gritted his teeth.

"Even that servant there drinks water, Arnav, are you attracted to her too? What's so special about this lady you are describing?" Aman scrunched his face in disbelief.

"She must be having a face more beautiful than heavenly nymphs. I am sure, I am right. Right, Arnav?" Akash nudged Arnav.

" I don't Aman. I didn't even get to see her face properly." Arnav stood up and sighed.

"Then why the hell do you feel attracted to her?" Aman questioned in shock.

"Her skill, her grace... It's not everyday that you come across such a talented girl, charming at the same time. I don't know when I saw her a strange yearning filled me like... When she hit me with that pebble...I..." Arnav found it difficult to find words to describe his situation.

" Hey, wait! Are you sure you are Arnav Singh Raizada and not some imposter? You don't sound like the crown prince of Aaranya, you sound like a lovestruck puppy." Akash held his belly and laughed.

At that moment, a soldier came in and informed that the Emperor had requested for their presence in the discussion hall.

"Lately, there has been a revolt. Padmadurg, the kingdom southwest to ours has stopped paying it's tribute. That ungrateful Shashi, the current ruler of Padmadurg is not only trying to rise as an individual ruler but also he has insulted us by not inviting us to any of his daughter's marriages. In fact, our spies tell us that he has promised the hand of his youngest daughter to our enemy, Bhadraketu." The military commander pointed towards a territory on the map.

"Sir, it was prophesied that one of the princesses of Padmadurg has the blessings of the mother goddess. It is said that if she becomes the empress of a region willingly, that region shall prosper to such an extent which can't even be imagined. This prophecy had lead to the signing of a deal  between the Emperor and Shashi ji that all his daughters shall be married to our princes." The minister explained the situation to the princes.

"That was when I helped him to kill his brother so that he could ascend the throne. I've been a fool; I should have known that a person who could betray his own brother can never be a trustworthy friend for anybody. Well, we have sent him a war notice. If he doesn't agree for a peace treaty..." Aaryaman's sentence was cut abruptly by the arrival of a messenger.

" Long live our king! I come from the land of the blooming lotuses, sire. Our virtuous king, Shashiji has denied the peace treaty. Your messenger has been put to death. Our king is very eager to meet you at the war grounds." The messenger from Padmadurg smirked.

"That basta..." Aaryaman was about to slap the messenger when Arnav held his hand and stopped him.

" I am sorry, sire but I don't think harming this mere servant can satisfy your anger. The king of Padmadurg has been inhumane to our messenger, we need not be so." Arnav let the messenger escape back to his kingdom.

" You know what, my son, you are right. Shashi shall get the answer to his atrocious behaviour on the war field.
This is just what I was waiting for. Start your preparations,vthe war is on! " Aryaman smirked and patted Arnav's back while Shyam looked on with envious eyes.

There was great pomp and ceremony in Padmadurg for extremely joyful reasons. The
news of Queen Divya of being pregnant with the heir of the great lunar lineage, had spread like a wildfire throughout the world. Everyone in the kingdom eagerly awaited the child of their kind and valiant ruler, King Chandra.

Meanwhile in the capital city of the empire Aaranya,
Prince Shashi fell at the feet of  young Emperor Aaryamann.

"These are my sons, Shyam and  Arnav. Shashi, I expect you to respect him. Promise me that you shall get the divinely blessed princesses of your kingdom married to my sons.

In fact let all the princesses of your kingdom be married to the noblemen of my kingdom.
Let the divine mother's prosperity shower over my kingdom.

I want the most beautiful corals from your kingdom. Promise us that along with the taxes you shall pay us, you shall always send the finest of gems from your kingdom's water bodies to us." Aryaman spoke arrogantly, drunk in his not so new found power,  lusted by the ambition of having a huge and prosperous empire. He ordered the servants to take back his sons to their rooms.

" As you say, sire, as you say. All you need to do is help me overpower Chandra. I have had enough of him, I am fed up of not being the king although I am way elder to him." Shashi spoke with vengeance.

" That is beacause he is more efficient than you. It is going to be a mammoth task overpowering him even with my help. He is a worthy match against my kingdom.
Okay then, go armour yourself. We shall attack your kingdom tomorrow. " Aryaman shrugged as he kicked Shashi away from his feet.

"When Chandra is under tension, I shall take the opportunity to overpower him." Shashi muttered to himself with a wicked smile.

"This war ...it shall only bring destruction, my lord. We are not prepared enough to face the army of Aaranya, my king. Please, please, let 's call for peace. I beg you. I don't want our child to be born in midst of violence. Please, I beg you." Queen Divya cried holding King Chandra 's palms to her swollen abdomen which was bulging with the promise of new life..

"  I agree with you, my dear. This is not the time for me to think of my ego. Even I don't want war, that is why I have decided that I shall discuss with the emperor of Aaranya in peace." The king moved his hands softly away from her belly and went towards the palace gates in a hurry, promising that he shall be back to caress their newborn. But thanks to Shashi's malicious intentions, their child never got the opportunity to come in contact with her father. King Chandra was not so valiantly murdered in sick, crooked ways. The crowd of Padmadurg wailed like an orphaned child.

That very night, on one side, Shashi coronated himself as the new ruler of Padmadurg and on the other, Queen Divya died after writhing in labour for 14 hours, giving birth to the rightful heir to the throne, the posthumous daughter of King Chandra.

Shashi was celebrating his illegal victory in the company of intoxicating alcohol and charming women.
Suddenly, a guard entered with the royal nurse and mendicant.

"What is this? What have you brought in that dirty cloth?" Shashi asked in a groggy voice.

"A princess, sire. The newborn child of Maharani Divya who succumbed to childbirth." The nurse hid her tears and said slowly.

Shashi's eyes opened wide and all the queens started murmuring amongst each other.

"This cursed child! Drown her in the river for all I care... and don't you dare call her a princess." The first queen, Garima spoke up.

"Wait, every occurence in this world is a potential opportunity. Let this little piece of meat also be raised in our palace as a princess. What if she is that prophesied princess? We cannot afford to lose any potential person who could get us some profit. " Shashi spoke rising from his chair stumbling a bit.
" But my king, I am sure one of my daughters is that princess..." Garima tried to reason.

"Raise her in the palace, give her any name you like. Prepare her for marriage for political reasons." Shashi laughed.

This was that fateful day when the world got to see princess Tarini for the first time. Little did the world know at that instant that she would be the reason for many changes in it.