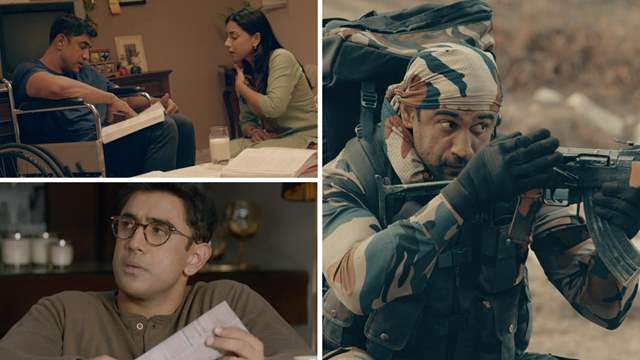 The teaser of Amit Sadh starrer ZIDD is finally out and it gives the audiences a glimpse of the passionate journey filled with heart and emotions.

‘ZIDD’, a true story of a real-life Kargil hero with a wilful journey that celebrates his conviction and his ups and downs. With the recent release of the first poster, fans could not stop raving about Amit Sadh’s statuesque look as an army soldier.

Check out the Teaser:

On the teaser release of ZIDD, Amit Sadh expresses, “ZIDD is a defining moment in my career. The teaser is an early testimony to that and the real deal is the premiere on 22nd January, 2021. It is the story of a man’s conviction and determination with a lot of heart and emotions. It is based on Major Deependra Singh Sengar, the Kargil war hero, an ode to his wilful journey. I am glad it is made into a series so that viewers can soak in all highlights and turning points of his journey. I hope the audience will like the teaser and appreciate the soul and hard work that has gone into its making. I am looking forward to what the fans have to say about it.”

ZEE5’s Original ‘ZIDD’ has been inspired by a true story, it’s a tale of a man who turned the impossible into possible and is the true testament of conviction and commitment. It is a testimony to the real-life story of Kargil war hero Major Deependra Singh Sengar who fought against all odds in different walks of life, be it the war or personal life.

The series captures all of Major Deep Singh’s highlights and turning points in his life. The major life of a soldier is depicted in the series with high octane action sequences and various army missions, the level of which has not been witnessed before