Swastik Pictures' new show on Zee TV, which was earlier titled 'Gauna' has now got its final title, which will be 'Agle Janam Mohe Bitiya Hi Ki Jo'. 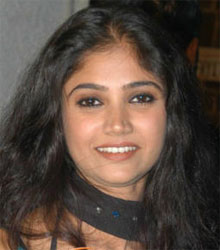 Featured Video
It was earlier heard that Sulagna Panigrahi of Amber Dhara fame essays the lead role in the show. But the latest on this is that, Ratan Rajput who was seen playing the ambitious Ruchi in NDTV Imagine's Radha Ki Betiyaan Kuchh Kar Dikhayengi will play the protagonist.

We called Ratan for a confirmation and she readily accepted that she plays the lead girl in Agle Janam… "All happened so suddenly, that the feeling has not sunk into me yet. I was wrapping up my shoot for Radha Ki Betiyaan when Siddharthji of Swastik Pictures called me for an audition. I readily agreed and gave my audition, and to my astonishment I got finalized", quips Ratan.

Ratan has no problems with the Bihari accent in the show, as she hails from Bihar. "My parents are from Bihar, and it feels homely to be speaking in this accent. Regarding my role, I have not been briefed in detail about it", adds the actress.

According to our source, "The story is about a 16 year old highly spirited girl who has a positive outlook to life, and fights against all odds. The girl hails from a typical rural family of Bihar wherein the father has to depend on his daily wages to feed his four kids. When the father is not able to perform her 'Gauna' (send his wedded daughter to her sasuraal) due to monetary problems, he is forced to sell her off to a rich Bihari Thakur family".

"There begins the trials of the girl who has to overcome her problems with a positive mindset", adds our source.

The show will launch in March and will be a daily at a prime time slot.

We tried calling Siddharth Tewary of Swastik Pictures for more on this, but he asked us to give him a call in few days' time.

13 years ago Interesting concept. I just hope the show lives up to it!

13 years ago when is Rang starting??? Ive been waiting like forever for that show!!!!!

13 years ago why do people give such short names for the shows...!!!
it will take abt 1 minute to say the name completely.....

13 years ago Sure seems very interesting, but hope that the makers won''t ruin this show with unwanted twists. This is what usually happens in IT. All the shows start off with an interesting beginning, but from the middle it gets ruined with unwanted twists and characters. Anyways, let''s all wish her all the best for her new show.

13 years ago Just saw the promo... It is looking good. Wish Sulagna played the lead but chalega...

+ 9
13 years ago omg zee is like....
every month new shows are being aired on zee but though u are right Maayka and KS should end. Teen bahuraniyaan ended....

+ 3
13 years ago One more actress dissappointed with RKB ending abruptly !!!
Wishing her all the best in her new venture and projets!!

+ 8
13 years ago wow thanks, looking forward to this show.

seems like a lot of Zee shows will be ending soon.
Kasamh se should get wrapped up now as well as Mayyka.

+ 9
13 years ago Saw the promo. She is looking very different. Wish Ratan all the best!!