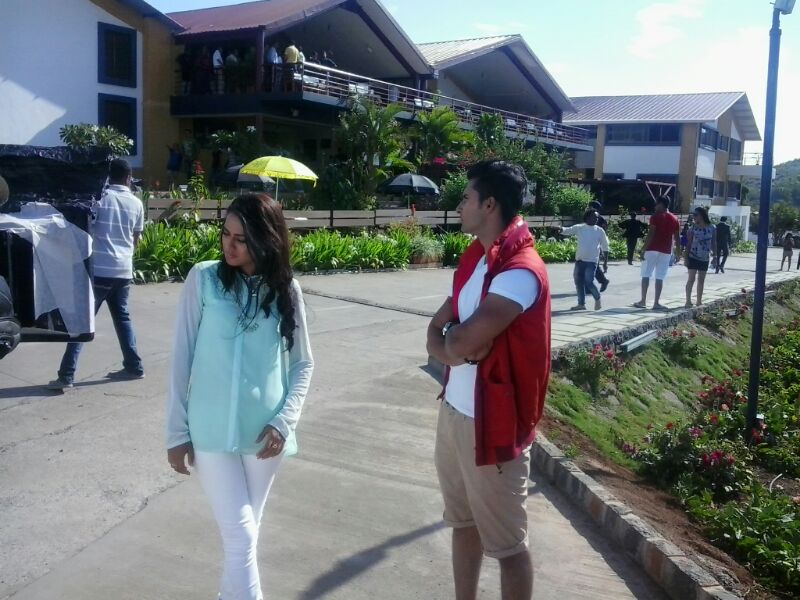 Sagar Arts' soon to be launched show Jamai Raja which is all set to hit the TV screens will go on air tentatively on 4th August. Nia Sharma and Ravi Dubey will play the leads in the show. Nia Sharma who was last seen in Star Plus' Ek Hazaaron Mein Meri Behna Hain will be seen in a new look in this show whereas Ravi Dubey who was last seen in Sony TV's Saas Bina Sasuraal will be seen on screen after a sabbatical.

While our viewers have been curious to know the story of the show as the name of the show has been taken from the hit film starring Anil Kapoor and Madhuri Dixit Nene Jamai Raja, so here we bring forth the gist of the story for them.

Through our sources we came to know that, "Ravi Dubey is playing the character of Sid, Nia Sharma will be seen as Roshini and Achint Kaur as Durga Devi. Being made on the similar lines of the film Jamai Raja, the show will too feature harsh and proudy Durga Devi who is a rich businesswomen and is very stylish. She doesn't like her name Durga Devi, so everyone calls her DD, whereas Roshini is a simple but stylish and grounded girl. Thus mother and daughter don't get along with each other due to differences in their thinking and there are many misunderstandings between them. Durga Devi will fix her marriage with a guy who belongs from an affluent family played by Shiv Narayanan who was seen in Parvarrish - Kuchh Khattee Kuchh Meethi in a cameo role but due to some differences the engagement will be called off."

"Further the story will gradually progress where Roshini will meet Sid and the duo will fall in love. They will get married and after marriage, Sid will try to solve the differences between mother and daughter by becoming Jamai which means that he will stay at Roshini's parent's house with her. The show will go on 4th of August tentatively," add the source.

Well, with the fascinating story and effervescent cast we are sure that the show will have a good run.

TellyBuzz wishes all the actors and the entire team of Jamai Raja all the best!

KUSfan1 6 years ago . Although Roshni has brought up in a luxurious background however, she is not a spoiled child. She in fact feels strongly for the underprivileged and runs an NGO for their welfare. Roshni don't want the luxurious life given by her mother instead she wants her precious time and love. vowww waiting roshni

-Daredevil- 6 years ago Story seems boring. Plus, what sort of hero stays at MIL's place? :O

shalini_arsha 6 years ago seems intrstinggg., ravi dubey nd nia sharma.. Waiting for an intrsting.. Hopefully this show will not dissappoint us..

nia999 6 years ago Nia Sharma waiting to see you as roshni...

raju_sky 6 years ago best of luck nia sharma for ur new show...u will rock sure

.FemmeFatale. 6 years ago Its a sagar arts show? Damn,I would have totally watched it,if it didnt have nia sharma. SIgh.

Sugaa 6 years ago Love U Nia Sharma...
waiting for ur new show...