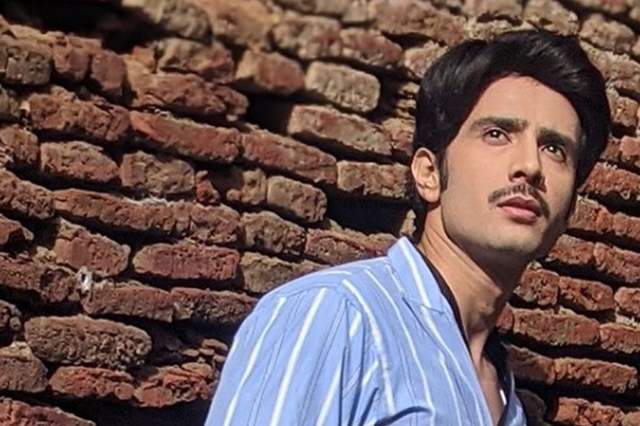 Actor Zaan Khan has indeed been through a lot along with several other actors over the past year or so. Of course, we are talking about anyone who has been associated with Hamari Bahu Silk. We know how several actors and other people attached to the show have not been paid for a rather long time.

From petitions to protests outside the office and what not, the controversy surrounding the show has indeed been the talking point for a long time now.

However, the good thing for Khan right now is that he plays one of the leads in the recently launched Sony TV show, Kyun Utthe Dil Chhod Aaye. While it is all good now, the actor opened up on the consequences he faced recently. In an interview with Times of India he said "The last one and a half years of my life has been so difficult that I prayed to God that no actor gets to face a time like this in his or her life. I was fighting not just for me but for all my co-stars, crew and technicians. I was daily meeting police officials, going to courts, doing dharnas, I did everything that could help us all. There were times when people (the producers) tried to badmouth me. They tried to spread a word against me in the industry that don't cast Zaan otherwise when you will delay his cheques, payments, he will go on strike and create chaos. They tried to instigate people against me and crossed all the limits of inhuman behaviour. But God is there and he was kind to me and gave me such a big show and got the production house banned."

He added, "I was not struggling for just my own money. I was doing it for my unit of 120 people, we would shoot, eat together during the making of the show. I have this tendency that whenever I work on the show I get along with the technicians also like the light dada, spot dada, DOP, we were like family. And when all this happened, I spoke to the senior actors of the industry also, nobody in the beginning took any action. So, I told myself I've to do something. I believe in one thing that your hard work and God can give you work. If you are destined to get work God will give not just once but 10 times, but if it's not there even Karan Johar can't launch you or give you work. Now, I feel because of the prayers of all my technicians, and co-stars I've bagged this project. I am very thankful to Shashi ma'am and Sumeet sir. People tried to influence them and badmouth me, but I told them very humbly to ask others who I have worked with and they showed trust in me. They told me that even they were told wrong things against me. I thank them and at the end of the day I feel if you are true to your work nothing wrong will happen to you."

We surely hope the issue does get resolved soon indeed.