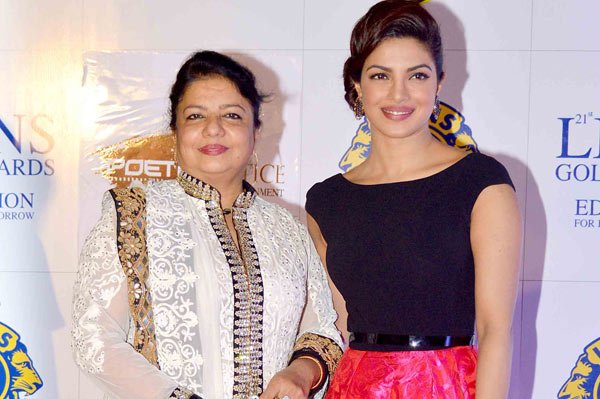 On her mother's birthday on Friday, actress Priyanka Chopra shared a heart-warming message saying that Madhu Chopra is her "absolute rock".

"Happy birthday Ma. You are my absolute Rock. Thank you for teaching me your integrity and values. Owe you all that I am... Love you mostest," Priyanka tweeted.

Priyanka along with her mother Madhu ventured into film production with the company Purple Pebble Pictures, which released the acclaimed Marathi comedy drama "Ventilator".

On the work front, Priyanka was last seen in her maiden international film "Baywatch", directed by Seth Gordon. She was seen playing a negative character, named Victoria Leeds, in the film.

"Baywatch", which was adapted from the 1990s popular TV show of the same name, also featured Hollywood stars Dwayne Johnson and Zac Efron.

Priyanka Chopra and Nick Jonas extend their support to fight Racism by ...

Rishina Kandhari talks about resumes shooting, her perfect ...
17 minutes ago

Ye Rishta Kya Kehlata Hai: Kartik to take care of his ...
28 minutes ago

Sushant Singh Rajput fans gear up for a second round of ...
28 minutes ago

Sushant’s Brother-in-law Messaged, ‘Please Keep My Wife Away ...
38 minutes ago

Tinaa Dattaa to make her digital debut with 'Naxal'!
52 minutes ago