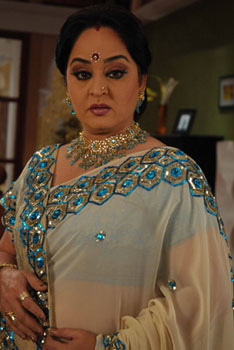 The character of Durga in Zee’s Maayka undergoes yet another actor switch. Aruna Irani portrayed the negative mother in law in the show, but due to the clash of dates the Naagin producer decided to opt out of it.


While Shoma Anand of the Hum Paanch fame swept in as the new Durga, and has hit the small screens yet again with her charming persona, but this time only more with negative shades.


“I am looking forward to play a negative character on TV” says Shoma. “I have done negative in my younger days, but that was mainly on the big screen, and here on Indian television, I was tagged as someone who can just do comic roles. With Durga I plan to break that image and show different sides of being an actor.”

With Durga changed for the third time, Shoma promises to bring in a touch of her own to the character. “Aruna is a fabulous actress, I have always admired her. She brought in some wonderful elements o the character, and I do plan to bring in a few of mine own. As it’s a Punjabi negative character, I plan to work on it and bring the best out of it.”

Tune into Maayka to catch Shoma Anand in a completely new avatar, coming up soon. 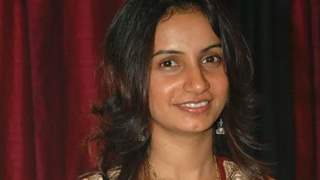 dmunsi 12 years ago Its been going on too long. this attitude that - "Men are dogs, Women are Sati Savitri". Why show biased accounts like this? In a divorce, usually both parties are for blame. Supermodels and most girls in general marry rich guys and they go in for the money. Women are very much like men. They are the same human being after all. So they can have just as much good and just as much bad. Being good or bad has nothing to do with gender. Its true women should fight for their rights, but these kinds of obviously biased accounts create a wrong public opinion about women in general. Who knows what kind of affairs this woman character was having , if its based on a true story, i mean.
Supermodel , come on man. marrying a business tycoon... this is something. U gotta show both sides in equal lights like hollywood movies do. Movies like this have created this biased attitude in our laws against men. This is simply not done

+ 2
14 years ago omg this is so annoying...why do they have to keep changing her...cant they stick with the same lady...but nonetheless she is a good actress...hope she does justice with durga's role....

14 years ago Congrats.. hope she will do justice to the role of Durga..

but i luv aruna aunty she is doing great job, i wish she could be..