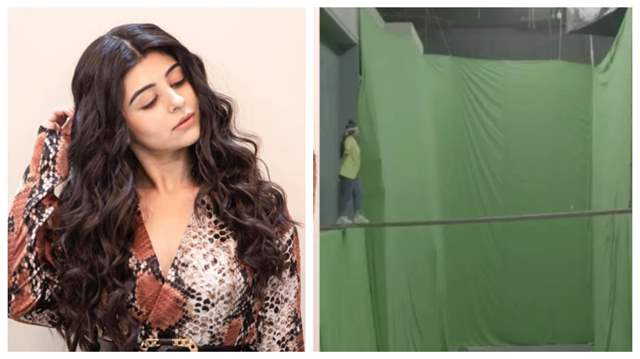 Time and again, we have come across multiple instances about how actors go to unthinkable limits and how these things surprise even them. And when it comes to Sab TV's recently launched show, Hero - Gayab Mode On, we have already seen several examples of how it showcases some thrilling sequences which are action packed and ful of stunts.

While leading man Abhishek Nigam has been doing the maximum of them so far, recently actor Yesha Rughani did one stunt that pleasantly surprised one and all.

Rughani went on to perform a stunt of walking blindfolded without a harness on a ledge which was 15 feet tall. Taking about it to Times of India, she said, “We shot this exciting sequence where there was a plank between two ends and I had to cross that with blind fold on my eyes. It was supposed to be done with the help of a harness but while shooting this, I felt like doing it without a harness as I always enjoy adventures and love taking challenges as it makes me feel good, happy and satisfied as a performer. Nobody told me to do it but I wanted that for myself. Everybody on the sets were worried but lot of people were there to my rescue and were taking all the safety measures for the stunt. Abhishek was also there to support me. He himself crossed the plank 2-3 times to show it to me on how it was to be done and check if it was safe or not. Overall, it was a team effort and we made sure that it was done and executed beautifully. I had a smile after completing this and I felt satisfied as an artiste.”

Nigam was in awe of her costar and talking about it, he said, “Hats off to Yesha for being so courageous and sporty while doing the scene. I have been doing a lot of stunts and now my comfort and trust with the team has built with them. They make sure all the safety precautions are being taken which assures me as a performer. Since this was a scene where Yesha had to walk on the plank without the harness and I had to save her after the aliens tricked her into getting on a ledge. So we thought we add more to the scene if we can experience the fear and since it wasn’t too much difficult or was not at a threatening height we decided to do it without the harness to bring out the originality of the scene and the situation.”