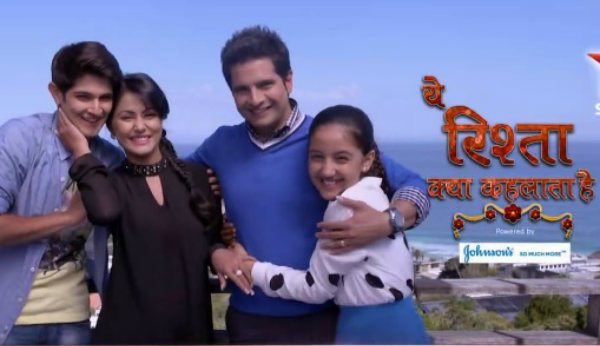 Well with the introduction of new track and bringing new faces post leap, it has surely helped the show to grab more attention of its viewers towards the new story line.

Lets' see what the new actors have to say who recently got associated with the show.

Rohan Mehra aka Naksh shares his excitement by saying, "Today, I want to thank all of you from the bottom of my heart for the overwhelming response I have got as #naksh and also want to share with u guys that my show #yrkkh has regained its no.1 position and has topped the trp chart this week cheers!!!"

Vaishali Thakkar aka Sanju shares, "Thank you all for Loving YRKKH. We Are The No.1 now. #ProudToBeAPartOfIt"

Well, it seems the show is getting its magic back on television.

TellyBuzz wishes a hearty congratulations to the entire team!

+ 2
5 years ago Congratulations to all the fans of Yrkkh...

SejalGawade 5 years ago m very much happy to learn that my most favourite n only show which i watch has gained its no 1 position ...let yrkkh go on n on because i cant imagine to on the tv without yrkkh...yrkkh cannot b compared to any other show on television...lots of love to naitik n akshara...keep rocking...ul r the best...

5 years ago Finally YRKKH got its position back..It deserves to be No.1..congo to all the cast and crew..Hard work never fails..!!
YRKKH rockzzz..:)

5 years ago Yippee. ...Yeh Rishta Kya Kehlata Hai Rocks in each and every aspect.
Proud to be a YRKKHian

+ 2
5 years ago Yeh Rishta Kya Kehlata Hai deserves to be on Top.
Naksh Rocks.. Just Loving this Leap.. One of d Most Beautiful Leap

+ 4
5 years ago Congrats. This show deserved it. Post leap has made it even better.

Hina khan, karan mehra and rest of the team rocks

congrats to the whole cast and crew.

tushar62 5 years ago congrats all of u...special credit goes to ashnoor kaur and rohan mehra for no.1 position.