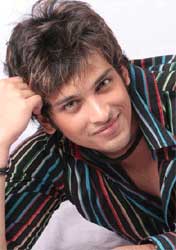 Rahul Arora, who was lately seen Sony TV's Maan Rahe Tera Pitaah, will be now seen in Star One's Yeh Ishq Haaye. Rahul will be seen portraying the role of Ranbir, a lover boy with full of life and energy, whom every girl dreams to have.

When contacted, Rahul confirmed the news saying "Yes, I will be doing the show where I play the character Ranbir. It is a very positive character who will make the show lovely."

To add, our source says "In the coming episodes the viewers will see Manjari falling in love with Ranbir which will build a love triangle between Manjari (Srishty Rode),  Ajay (Yashdeep Nain) and Ranbir."

The episode wherein Rahul enters the show will be aired on Saturday.

Echo.of.Hope 9 years ago luv ya rahul.
u rok
now the show will get some charm

kajenlover4ever 9 years ago really guys?? all these hate comments to the show that replaced dmg?? is it the show's fault that it replaced dmg?? dmg had to end someday then why not then?? it was the perfect place to end it.. if it got stretched then you guys would have said why dont they just end it there?? im a dmg fan too.. but i dont bash other shows so that dmg gets back.. im happy with what i get and you should too.. dmg was great while it lasted and no one will ever forget it... just pleasee if you dont want to watch this show.. then dont bother commenting on anything related to it either.. dont waste yours and other people's time..

bulbul123 9 years ago oh cant wait love RV he is really a amaing actor i loved his role on behennei with his co star thye had great chemistry and in MJHT love the show YIH its really nice and quite realistic show aswell.

and no offence to some people here but if u dnt watch the show y u telling others for. like some of u dnt care if RV is goin to play a role in YIH well some of us dnt care tht if u dnt watch the show, so no need to make the statement and people i used to like DMG and MJHT mayur were actually my fav jodi but get over it its like 2 months nw these shows hav finshed and they r shows thts all so u nw try to accept new shows thts what this industry is abt these people try to entertain u so just giv them a chance okay. some people just get over obsessed grow up

16824mAk 9 years ago dnt acually care...
who wants to watch a show which replaced dmg..
but i liked this guyz acting in mjht..
all the best to him...
DMG nMJHT were my favourites n the best shows of star one..
plzz bring mjht n dmg bak plzzzzz....missng KaSh, SaJan n MayUr alott!!!

PASam 9 years ago who cares?? who would watch a show which replaced our DMG?

..Surbhi.. 9 years ago omg..i cant wait to see this new entry..even if there will be love triangle, in the end, it will be manjari and ajay