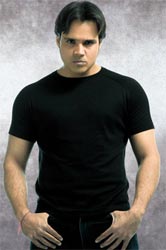 According to our source from the sets, “Shiv Singhania played by Yash Tonk is the mystery man and he will make his entry in a party that will be hosted by the Viranis, to celebrate the occasion wherein Saahil is about to sign a contract with Shiv”. When quizzed on the past of Ganga and Shiv, our source confides, “Shiv is the ex-lover of Ganga and his entry will obviously trouble Ganga now. He is psychotic with a negative shade to his character”.

We called Yash Tonk to confirm this news, who said, “Yes, I am starting my shoot from tomorrow. I will be able to talk about my character only after I start shooting".

With Vaidehi turning negative and with Ganga's life placed on the edge of the sword with the comeback of her ex-flame, Viranis are in for some fierce battle!!

+ 2
14 years ago Not happy abt the track but happy 2 see yash in negative role something new 4 me.. Now when did ganga had an affair with shiv???? as far as i knw saahil was the only 1 in her life.. where these ppl get these type of ideas without any explanation..

+ 2
14 years ago Not again!!
Poor Ganga is already going to through soo much..

14 years ago thanks! .. but what happened to finding Karan-Nandani's long lost son?