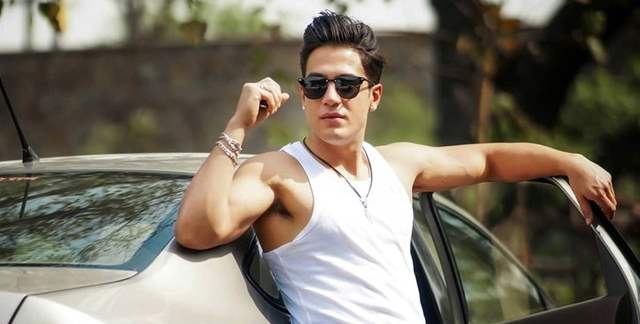 He is massy and sassy both at the same time. Love him or hate him but you certainly can’t ignore him. MTV Splitsvilla X3 fame Shivam Sharma has made his presence felt in the show and how. The actor from the first episode of Splitsvilla X3 made noise with his personaility and unique style.

Shivam has had a great journey in the show. While in the beginning, the viewers felt that he is a little loud, later they gave the credit to him for making the show more interesting and entertaining with his antics. He is an entertainer for sure. Shivam has been subjected to a lot of name-calling and age-shamming in the show. Although he always took the right stand for himself and never let the contestants demean him, he had an emotional breakdown in the previous episode.

India Forums got in touch with Shivam and asked him about his melt-down moment. He said, “I’ve faced a lot of struggles in the industry. On the show, time and again people commented on my age, my talent and my personality but I never paid heed to them. I was quite excited on being a part of the show and wanted to make sure that I make the most of it. When I became the ideal match, I felt like a great sense of achievement and my entire journey started playing in my head and tears poured out. It was just a very genuine and real reaction”.

We asked about his plans in the showbiz industry, Shivam being his witty self said, “Well, I lovingly called oracle as my mother and call it Oracle devi. I would love to find the hypothetical father, as in, I would love to do Bigg Boss. I have immense respect for the makers of Splitsvilla X3 and I’m grateful for the opportunity. I’m not quite fond of doing movies. I want to be seen in audiences’ house daily and hence would love to take up TV shows. I want to be television’s Ranveer Singh”.

Here’s wishing Shivam all the best for his future endeavors.