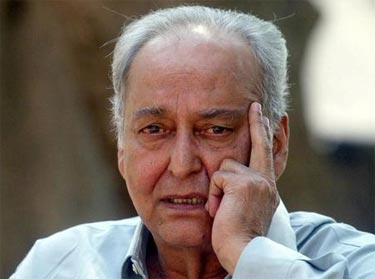 Terming the love and blessings of the audience as the biggest award, 77-year-old Dadasahab Phalke recipient Soumitra Chatterjee Thursday said he would love to remain in the heart of his fans forever.

"After receiving the Dadasahab Phalke award, there have been numerous felicitation ceremonies. It really feels good when people say good things about you. But for me, the biggest award has been the love and affection of the audience," said Chatterjee.

"The audience has not only loved me but has also pampered me," he said, at a felicitation ceremony organised by Confederation of Indian Industry (CII).

Chatterjee, who was awarded the Phalke award for lifetime achievement this year, worked with legendary filmmaker Satyajit Ray for over three decades and did more than a dozen projects with him.

The felicitation ceremony was attended by various luminaries from the field of cinema, sports and arts.

Historian Bharati Ray said Chatterjee used to have an intellectual air about him during his varsity days.

"During his college and university years he used to have an intellectual air, he ignored most of his class mates. I have known for a long time as I was the batchmate of his elder brother," she said.

Bigg Boss 14: Abhinav Shukla and Rubina Dilaik to be a part ...
12 minutes ago