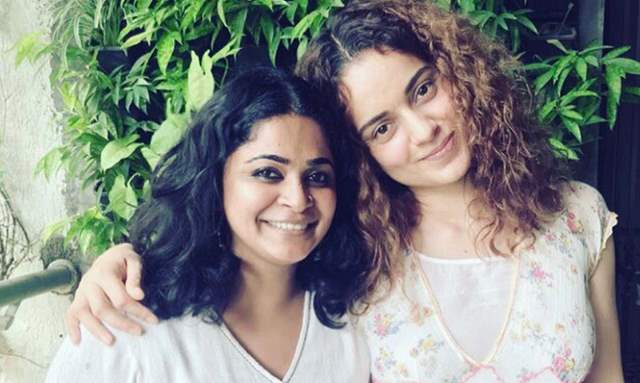 After making a successful Directorial debut with Manikarnika and receiving laurels for her performance in Judgementall Hai Kya, Kangana Ranaut will be seen next in Panga. Directed by Ashwiny Iyer Tiwari, the film is based on a true story of a National level Kabbadi player, and her triumphs, struggles and overcoming stereotypes.

During the shooting of the film, Ashwiny and Kangana got along phenomenally well, and have ended up being close friends ever since. From sneaking out for chaat after shoots or dining out just to let off steam, the two bond over similar ideologies and thought process.

During a recent podcast, Tiwari was asked that if a biopic was made on her, who would play the lead, to which she immediately responded, Kangana. When asked if it was because of curly hair, she denied and said that Kangana was also very fair.

However, she revealed that Kangana did not appreciate the adjective ‘fair’ being attached to her, as she stands up for dusky skin and is a staunch promoter of that. She triumphs on dusky skin. She also added that she would also like Vidya Balan and Revathy to play the role.