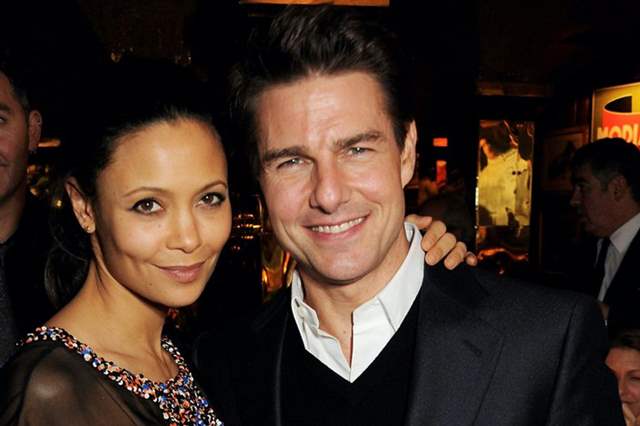 Actor Thandie Newton has certainly had a great career and has starred in some of the biggest films too. Recently, the actor talked about her experience of working with actor Tom Cruise where they starred together in Mission Impossible 2.

She said, "I was so scared of Tom. He was a very dominant individual. He tries super hard to be a nice person," she claimed. "But the pressure. He takes on a lot. And I think he has this sense that only he can do everything as best as it can be done."

Thandie went on to describe an evening where the duo was filming a night scene together. According to the actress, "Tom was not happy with what I was doing because I had the s--ttiest lines."

"We filmed the entire scene with me being him—because, believe me, I knew the lines by then—and him playing me. And it was the most unhelpful…I can't think of anything less revealing," she continued. "It just pushed me further into a place of terror and insecurity. It was a real shame. And bless him. And I really do mean bless him, because he was trying his damnedest."

She further added, "The next time we shot it, I went in there and I just basically manifested all the—because I realized what he wanted. He just wanted this alpha bitch. And I did as best as I could," she shared. "It's not the best way to get the best work out of someone. He wasn't horrible. It was just—he was really stressed. I had the most extraordinary time, and you know who got me that role? Nicole Kidman."

Eva Green Slams Back at Allegations That She Killed The ...
50 minutes ago