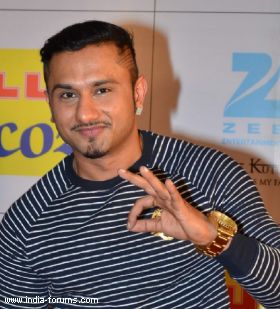 Star rapper Yo Yo Honey Singh has been travelling for his concerts and music video shoots, but that's not affected his work on his upcoming TV debut "India's Raw Star".

If a source is to be believed, Honey Singh is so dedicated that he has started conducting meetings with the team at channel Star Plus via Skype.

"He has got involved in all aspects of the show, be it the talent being chosen, the format and the songs. So, in order to give as much time as possible for the show, Honey Singh thought it better to continue the work by doing meetings with the channel on Skype," the source added.

This way, he gets to be involved in every minute detail of the show.