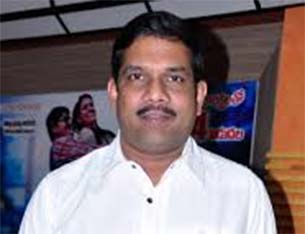 Director N.S.R. Prasad, who has teamed up with actor Navdeep for upcoming Telugu comedy "Natudu", says he is grateful to Navdeep for agreeing to work with him despite his recent streak of failures.

Prasad, who has directed two Telugu films "Nireekshana" and "Shatruvu", hasn't had a single hit in his career yet.

"Nowadays more than the script, actors are bothered about a director's hits and flops. But Navdeep was an exception because he agreed to do the film because he loved my script. He wasn't bothered about my failures. I will be indebted to him all my life for that," Prasad told IANS.

The film has an unconventional story.

"He told me that he is taking a risk by doing this unconventional story, but he wanted some variety in his films. Hence he agreed to do it. I'm hoping the film will give me my much needed hit," he added.

"It is very courageous of Navdeep to even agree to do the film. The story revolves around a guy who trades relationships for a living. It's a very unconventional story," he said.

Produced by Ramesh Babu Koppula, the film is gearing up for release soon.