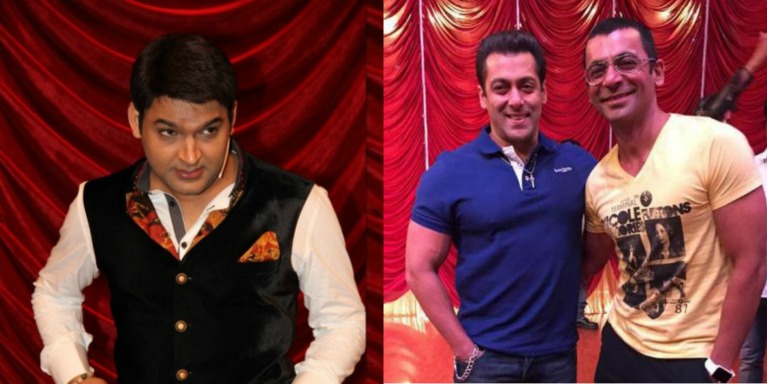 Superstar Salman Khan, who had done a promotional show for his film "Tubelight" with Sunil Grover, says he is the only comedian who is not doing comedy, but just immerses himself in a character and makes people laugh.

Salman didn't go to Kapil Sharma's show, but chose to do "Super Night With Tubelight" with Sunil and Ali Asgar.

Asked about whether this is a sign of a sour relationship with Kapil, Salman said, "Do I need to answer your question?"

Praising Sunil, Salman said, "When Sohail (Khan) and I were watching him, I thought, I was the most incompetent actor... the way he played Mr. Bachchan's (Amitabh Bachchan) role or Dr. Gulati and Guthhi's role... He doesn't try to do comedy. He just plays the character.

"He is the only one comedian who is not doing comedy. He just plays the character and while doing that he is serious and joking or laughing. When you see Sunil, he doesn't look like a comedian.

"People have very funny faces or they are sweet and cute, so that makes people laugh. But he is a serious looking guy and the ways he pulls of these acts, is simply outstanding."

peeyara 3 years ago I actually agree with Salman lol
Sunil is so so gud at playing characters. He makes you laugh wid his acting n actions

WexQuasExort 3 years ago Gutthibnever made me laugh but kapils reaction after gutthi's deeds made me rofl...
Kapil sharma maybe arrogant but he is better comedian and no one can decline that

OspraYZod 3 years ago And who cares abt salman's equation wit kapil! That Tubelight promotion show was super flop and kapil's show is doing grt.egoistic mad salman now its time that u go home and take a chill pill

DoremonLove 3 years ago Even more happy that tubelights 1st day collection were total flop. Never liked sallu dont like him more after his every stupid statement. Kapil show is still doing good even if this so called superstar doesnt come.