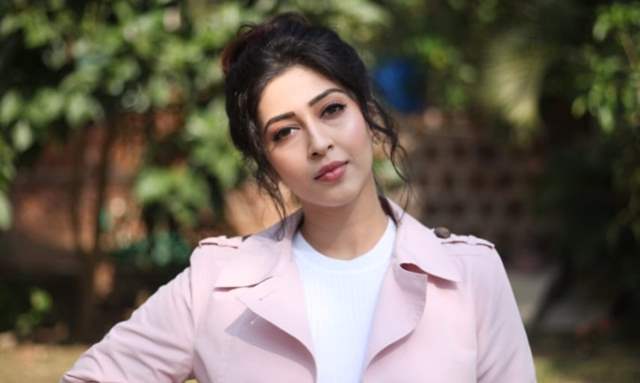 Actor Sonarika Bhadoria is happy about the release of her new song titled ‘Chhote Pack Mein Bada Dil’ which is the 4th offering from the DoubleMint Freshtake series. The actress throws light on how she got excited about the song.

“When I first heard the song, I found it very intriguing and peppy. It has a certain ting of soulfulness and calmness in it. The song is no doubt a groovy and foot-tapping number but what made me all the more excited for the song was that it was sung my none other than my hot favorite singer, Shaan. I have been listening to his songs for ages and I love every song of his. I had no second thoughts that his vocals will contribute a lot to the song. I am a big fan of him”, she says.

Chhote Pack Mein Bada Dil is garnering rave reviews for its quirky lyrics and the melody of the song is very unique and different from what we have been seeing off late. The concept of the song is about a boy who has a crush on his professor’s daughter and how he tries to get noticed by her. The song is sung by Shaan and Gaurav Dagaonkar and is released by Songfest India. The song features Sonarika Bhadoria and social media star Vishal Pandey.