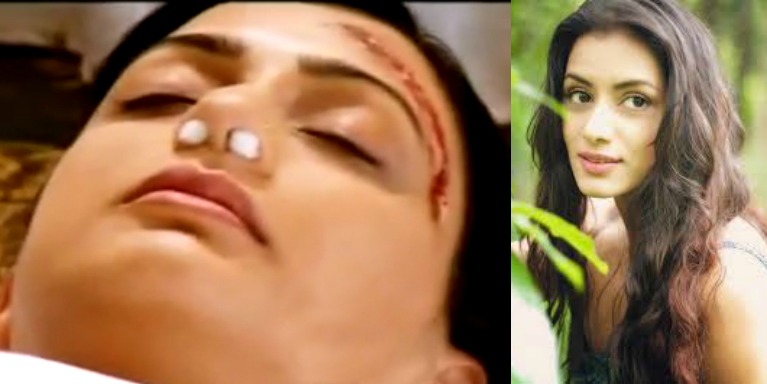 Balaji Telefilms' popular show Meri Aashiqui Tumse Hi on Colors, is all set with a high voltage drama where it will reveal Ritika's real side. Yes, Ritika, who was shown to be caring, docile and a loving wife, will show her cruelty in the upcoming episodes.

As per the media reports, Gauri Pradhan Tejwani essaying the role of Falguni has called it quits to the show because her character was not shaping up well. Thus, to show her exit from the show the makers have introduced the much needed twist in the tale with Falguni's death sequence.

Our source says, "Ritika (Smriti Khanna) is the one behind Falguni's murder. Ritika who is madly in love with RV, gets to know that know that Ishaani (Radhika Madan) is alive, she is worried because RV (Shakti Arora) might accept Ishani in his life back. Now Ritika doesn't want to lose RV at any cost and will decide to take revenge from Ishaan and her Family."

"To start off with her revenge, she will plan Falguni's accident because Falguni has got to know that Ishaani is alive. Thus, there will be a major accident sequence where Falguni will breathe her last. Ritika has done this because she wants to make Ishaani stay away from RV. Shikhar (Arjun Bijlani) will inform Ishaani about Falguni's death and as expected Ishaani will be shattered. She will want to see she her mother for the last time and by hiding her face she will go for her mother's last rites," adds the source.

Well, Falguni will be definitely missed by the audience but it will be interesting to see how this track with develops further.

TellyBuzz wishes Gauri Pradhan Tejwani all the best for the future endeavor!

+ 4
6 years ago Happy that Gouri pradhan tejwani is quitting math. She was not given the importance & her talent has being wasted. Happy to see Gouri & hiten together in mela. They looks a lot younger & cute there. Eagerly waiting to c mela. + 2
6 years ago gauri i am very excited to see u and hiten together in mela.

All the best to gauri for next project!!!
Loads.of love!!!!
At least now ritika finally became a villan!!

6 years ago at last ritika be villan, all the best gauri in future , i hope u get a great show very soon, shakti arora as usual ur acting outsatnding, u always rocking the show , keep rocking

6 years ago Ekta is one stubborn being. She won't quit until she wants. I thoroughly appreciate Gauri's decision. The rest are all pathetic now. Ranveer is confused and Ishani cries for no reason. Typical Ek serials.

+ 4
6 years ago Meri Aashiqui Tumse Hi was a godd show other than there are charactrs like Shekhar n Kritika.
Shakti Arora is the only reason watching the show

456telly 6 years ago why dont dey end tis show...ishaani has no other work except crying...gosh!!!she s so boring...

+ 4
6 years ago Just was watching math for Gouri pradhan tejwani! Her talent was not used in this show. Also Gouri hiten tejwani fans didn't get to c there excellent chemistry on screen after years. I have seen only one of gouri's show previously. Noorjahan! I was too small at that time but I remember her excellent acting. Was looking forward for hiten falguni ishani track. But cvs spoiled every thing. The second leap was kind of forced. The leads forcefully separated to bring a third angle. Math was a unique show initially but now it became one of usual daily soap. Hope they do justice to nitin ishani track at least. I feel bad 4 ishani. Has a father but not aware of him. Has a husband but not aware of her existence & have a family who happily abandoned her. Only her mom was there. Now she too is killed off. Happy at least falguni met ishani b4 her death. She was aware of her existence.

ZayaPree 6 years ago earlier it was like MATH is the best , but now its like what crap z happening in MATH :I though i luv shakti radhika n arjun , n many more like dem too , it doesnt at all mean dat u can do anything wid d actors :I we like dem as dey r not crying :(