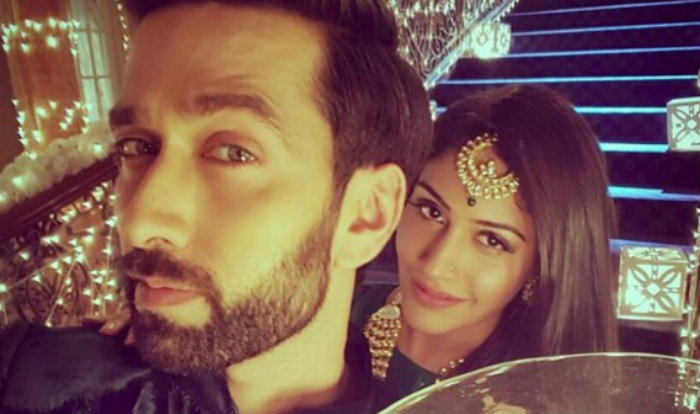 Indian TV shows being dubbed into other languages is quite a common thing, and thanks to the dubbings, the shows get a wider amount of audience. And, most of the times, they too turn out to be successful.
Star Plus show Ishqbaaaz is one such show which has been dubbed in Tamil. And, while watching one of their dubbed episodes, Nakuul Mehta aka Shivaay felt strange, courtesy the different language.
The actor then took to Twitter to express the same. And, no sooner did Surbhi Chandna aka Anika expressed how she wanted to run away during that scene. Following that, a thread of Twitter replies followed on Nakuul's status. 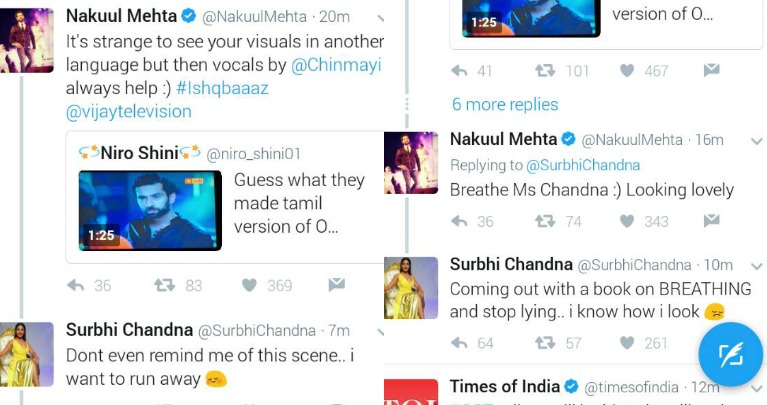 Also, Chinmayi, the vocalist thanked Nakuul for his gesture:

We wonder what would it be like to see an Indian TV show in any other language than Hindi. And of course, we don't even want to talk about how an emotional scene that turned out to be for the fans.
What do you have to say about it? Leave your comments below.
4 Likes

nikki.171 3 years ago That scene though. For someone who is used to watching the original version, it definitely is weird listening to the dubbed one. I wonder how they translated Annika's..ugh.. very colourful dictionary. Tadibaaz, raita, michmich, etc. haha
Loving Surbhi Chandana and Nakuul Mehta as ShivIka in Ishqbaaaz .

Munira_Heart 3 years ago Come on India Forum!! She didn't want to run away then, she wants to run aways as she was fat!!! Kiya se kiya bana dete ho aap log!!!

Ranjeeta_ 6 years ago Nice to hear that Salman Khan :) and all the best Trisha :)