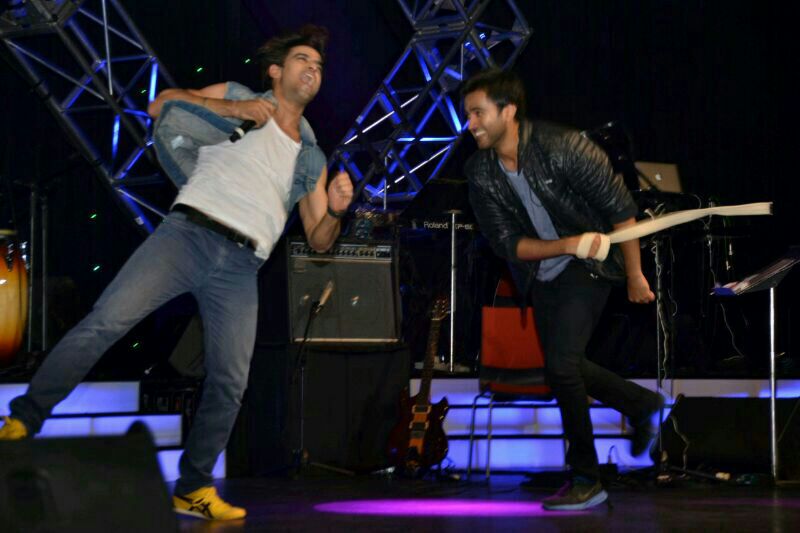 As the audiences have recently witnessed how Samrat (Mohit Malik) brutally assaults Urmi (Neha Marda) with a belt, the fans out there in Durban witnessed the same scene recreated on the stage while the promotions were in full swing but with a twist. This time Mohit was seen reprising as Mishkat hit him with a belt thus recreating the same scene during the Durban event.

"The best part about the people of Durban was that they appreciate me for my work. They told me that we hate your character but we love you. I was mobbed by the fans and I couldn't even shop also in the mall because of the mob," shares Mohit.

6 years ago Mishkat, I love your sense of humor! Kills me everytime :) haha!

Ps:what a hot outfit you have on Mishu!;)

and neha u r angelika

awsum shows both of them

6 years ago This is unbelievable! A serious issue of domestic violence has become a joke now? I used to love this show thinking it was going to fight against domestic violence and show a change in a woman's life. Instead the show is going on an unrealistic romantic track with the bharatiya nari forgiving everything her husband has done! Just unacceptable!

Doli Armanoo Ki has become the worst and the most disappointing show I have ever watched on Indian television!

6 years ago Love u mohit malik. .ur a performer keep up the good job..nd..good to see u nd mishkat together..nd mohit nd mishkat were performing nd must hve been a treat to watch..way to go..

i just couldnt stomach this. isnt this directly making fun of domestic violence. now this is low

6 years ago APHG is best with
MISHKAT VARMA and
KANCH SINGH ... Always enjoy ur Act ...

+ 3
6 years ago So the serial made a joke of domestic violence. And now they're joking about the depiction itself.

This is in bad taste. Not to mention offensive to victims of Domestic violence