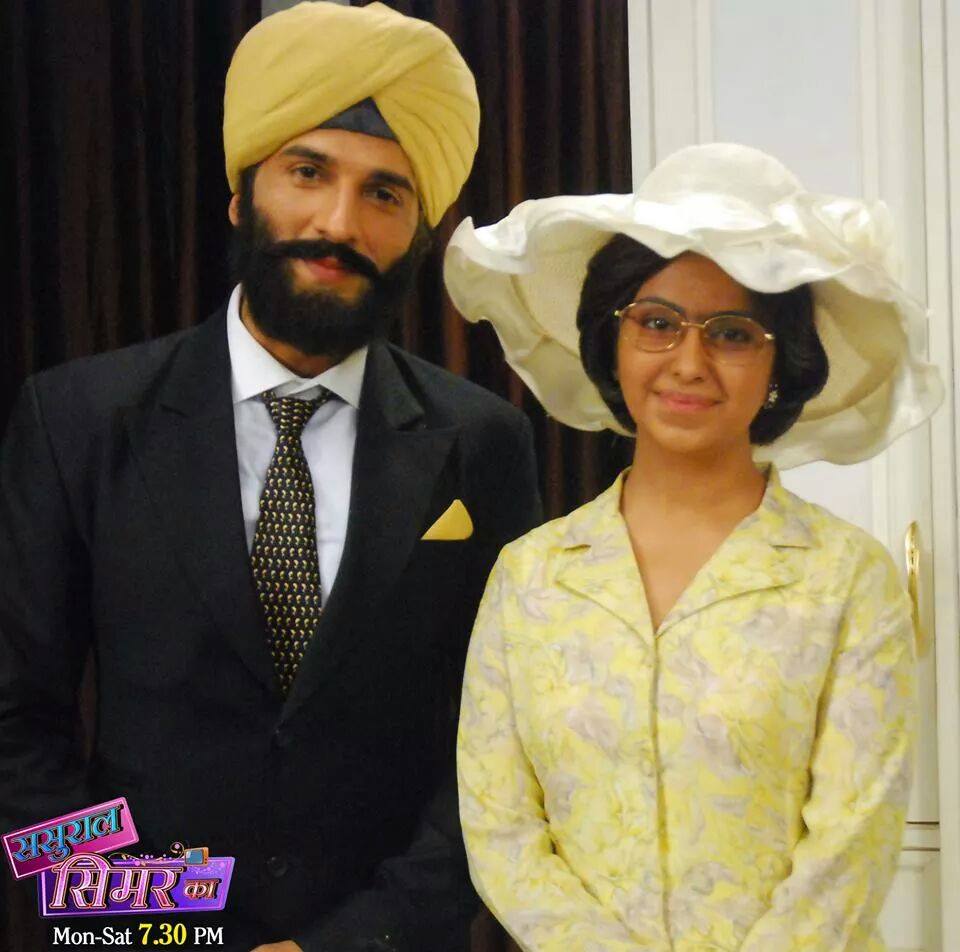 Manish Raisinghani aka Siddhant of Sasural Simar Ka has been grabbing lot of eyeballs through his performance. Recently we have seen lot of disguises in the storyline and Manish who donned a sardar's look in the sequence of the show explains about his avatar which gave him little tension.
"Actually this Sardar look was good and enjoyable on screen but off the camera, we had to face lot of difficulties. The whole setup was shot outdoor under the sun which created a little problem," says Manish.
Manish says that he enjoyed donning the sardar's look but getting ready to don this look did not take a toll on his health as he had just recovered from Malaria, "I had to wear beard and mustache with the jacket. To shoot with all this in the hot sun was very heavy. The beard used to come out and the make-up dada was using gum to stick it again and again. To be frank enough I had just recovered from malaria and this sardar's look happened when I had almost recovered so it's very fortunate that all this did not take a toll on my health."
He took more time to get ready than his normal time, "Normally I come on the sets, I get ready in ten minutes but with this sardar look, it almost took me an hour with the avatar and the turban. It was hectic but at the same time I had a gala time," says Manish.
What more can our viewers expect to see in the coming episodes of Sasural Simar Ka? "Well I think there will be few more disguised looks and also we are planning to get back the track of Siddhant and Roli (Avika Gor). We had been getting lots of messages from our fans to get this particular story focusing on our character back. So let's see what happens," concludes the actor.
With lots of twists, turns and disguise... gear up for some more drama in Sasural Simar Ka.
13 Likes

.Divya 6 years ago Avika Gor and Manish Raisinghani can don any avatar as they have got amazing talent. Love you aviman

Manish Raisinghani and Avika Gor are the reasons for watching SSK

srdevi 6 years ago Waiting for Rosid track, Manish Raisinghani and Avika Gor will surely mesmerise us with their talent.