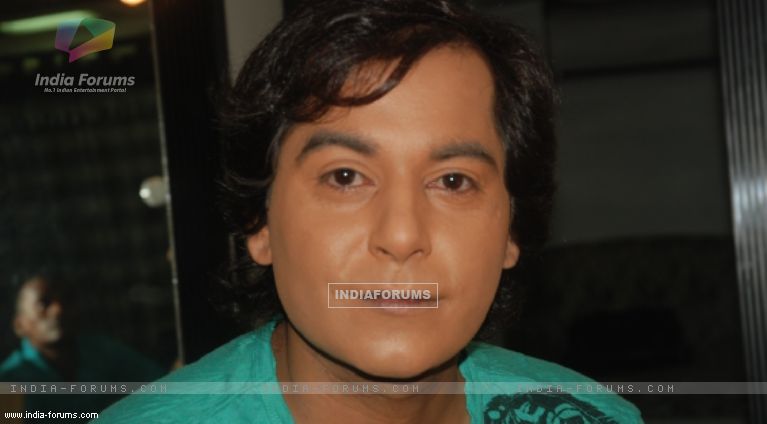 Popular actor Gaurav Gera, known for his excellence in comedy, had been making special appearances in popular comedy series after his show Mrs. Pammi Pyarelal on Colors went off-air.

After doing a cameo in Comedy Nights with Kapil, Gaurav recently shot for Life OK's Comedy Classes and will soon be seen in the much awaited movie MSG - Messenger of God. Recently Gaurav went to Gujarat for promoting Gujarat Cricket League.

We spoke to Gaurav to know more about his experience being a part of Comedy Classes and promoting Gujarat Cricket League.

Talking about his experience of shooting for Comedy Classes, he said, "I had so much of fun and the team is wonderful. It was an awesome experience working with the team. It was an interesting spoof and it was a good fun doing it. I played a Rajasthani guy. Director of the show, Nikul, is a creative man and has a lot of experience from Comedy Circus. I was very happy with the result and it was hilarious. I would love to be a part of it again."

Gaurav who recently visited Gujarat for promoting GCL, feels that it's good to take sports on a regional level. Sharing his experience about the same, Guarav says, "Mona (Mona Jaswir Singh) and I had been to Rajkot in Gujarat to promote the Gujarat Cricket Legue that used to telecast live on Neo Sports. Rajkot is a wonderful city and it's more fun when you get to work with your friend. It was wonderful working with Mona again. The Gujarat Cricket League was organized by my dear friend, Ashish Kapoor and lot of actors too like Sharad Kelkar and Rucha Gujrathi."

When asked Gaurav about his interest towards cricket and his views on GCL, he said, "I used to play a lot of cricket as a kid. I really liked the idea of the Gujarat Cricket League. These days the regional movies are doing well and I think that after getting a regional platform, even cricket will grow soon."

"As of now, I don't have any future plans. I am waiting for MCG to release on 13th," concludes Gaurav talking about his future plans.

Niharika27 9 years ago i don't understand why everyone is out to blame kareena?????? ok i agree that she might be no match with vidya...vidya has given the best performence...but pls remember bebo's performence in jab we met, chameli...she was dam good...kareena herself said "THE BEST PERFORMENCE THIS YEAR IS VIDYA BALAN FROM DIRTY PICTURE" isn't that enough for u people????? i know why u people hate her becoz she broke up with shahid and went to saif...then that is her decision no one has any right to comment on that...u guys say kareena is over-rated the what about katrina...has she given any performence oriented role????? i agree she is beautiful but not a good actress...then priyanka she is fab too...but why no one says anything about her...becoz u luv her...similarly we LOVE KAREENA KAPOOR...and we won't listen a single word about her...!!!!!!!!!

u guys are telling she is over-rated then pls wait for her performence in heroine...then u all will get ur answer!!!!!

+ 4
9 years ago Kareena is totally OVER-RATED! She's no match to Vidya. Keeping fingers crossed Kahaani does wonders for her just like her previous projects. After Madhuri, Rani, Kajol and PC if there is anyone worth admiring as an actress it has to be Vidya. :)

9 years ago For me Vidya B all the way we have a BigB now we have a VictoryB...she was fabulousss in DP wow Kareena is too much hype by the media...she is second now..the way to go Vidya n all the best keep up the gud work n pleaseee never stop wearing ur saris i luvvv them alll...wat ever the fashion critics tell about u...ur saris r unic, different, crazy but luks gud on uuu n i always wait to c u in any event just for ur sarisss