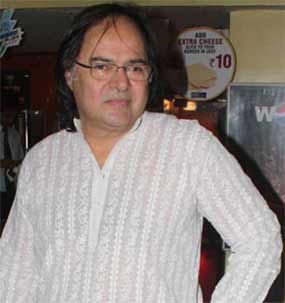 Mourning the death of veteran Bollywood actor Farooq Shaikh, Information and Broadcasting Minister Manish Tewari Saturday described him as a "jewel", whose performances were sterling and scintillating.

"Farooque Sheikh was a versatile actor whose performances were sterling and scintillating. In his untimely death we have lost yet another jewel," Tewari posted on his official Twitter page.

The actor died following a cardiac arrest while he was on a vacation in Dubai Friday night. Farooque regaled film buffs for four decades, starring in films like "Garam Hawa", "Saath Saath", "Bazaar", "Umrao Jaan", "Chashme Buddoor" and "Lahore".

He also exhibited his talent on the small screen with shows like "Chamatkar", "Ji Mantriji" and the much-appreciated "Jeena Isi Ka Naam Hai".

Farooque was 65. He is survived by his wife and two daughters. He was to return to India and get back to shooting for the film "Youngistaan" Saturday.