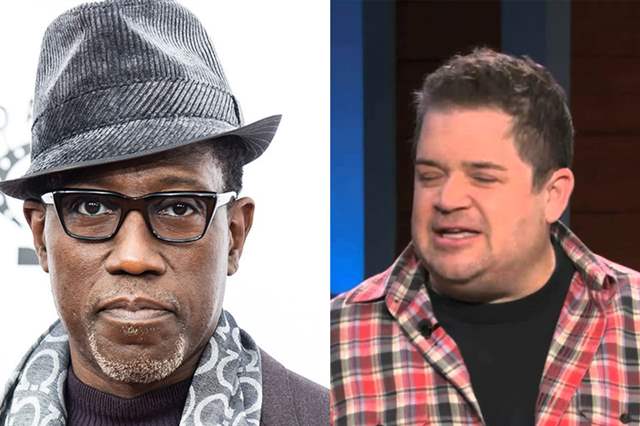 There have beeb several legendary trilogie that we have witnesses over the years and a few of them have been the likes of Matrix and Blade among others. When it comes to Blade, actor patton Oswalt has now come forward to give some pretty outlandish stories about working with Blade leading man Wesley Snipes on 2004's Blade: Trinity. The comedian's anecdotes are over-the-top, get huge laughs when he shares them — and were assumed to be true, because why not.

Well, they are not, so says Snipes. Not only that, but also it bothers him deeply that people blindly assumed it was all accurate.

In an interview with The Guardian published Monday, Snipes, who stars in the highly-anticipated Coming to America 2, finally addressed Oswalt's assertions that not only was Snipes a total diva on the set of the third Blade film, but he was also violent, allegedly trying to strangle director David Goyer.

“Let me tell you one thing. If I had tried to strangle David Goyer, you probably wouldn’t be talking to me now. A black guy with muscles strangling the director of a movie is going to jail, I guarantee you," Snipes told The Guardian. “This is part of the challenges that we as African Americans face here in America — these microaggressions. The presumption that one white guy can make a statement and that statement stands as true! Why would people believe his version is true? Because they are predisposed to believing the black guy is always the problem."

Snipes continued, "And all it takes is one person, Mr. Oswalt, who I really don’t know. I can barely remember him on the set, but it’s fascinating that his statement alone was enough to make people go: ‘Yeah, you know Snipes has got a problem.’”

Oswalt has told tales that Snipes would only answer to "Blade" and would only communicate with Goyer through Post-it notes.

“I remind you that I was one of the executive producers of the project,” Snipes said. “I had contractual director approval. I was not just the actor for hire. I had au-thor-i-ty to say, to dictate, to decide. This was a hard concept for a lot of people to wrap their heads around.”