It is said that an actress needs to be slim and trim to look good on screen, but all is reversed on the sets of Zee's Shree, as the actress Wasna Ahmed has been told to put on some weight as she looks too thin on screen!! 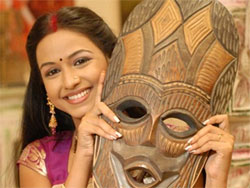 
When we talked to Producer J.D. Majethia of Hats Off Productions on the occasion of Shree completing 50 episodes, he said "I always tell all my actresses in my shows to lose weight, but here I am telling our Shree to put on weight".

"She has been fainting a lot on the sets of late, so we have been insisting Wasna to eat well and put on some weight", he adds further.

Well, the weighty issue does not end here, as J.D. goes on, "Pankaj has in the mean while put on weight. Just see how he looks now when compared to the days when the show started".

When we asked Pankaj Singh Tiwari aka Hari about this, with a smile on his face he says, "I think both of us have put on some weight now".

Well, whatever it be, Wasna surely needs to put on weight to carry the heavy saris she wears on screen!! 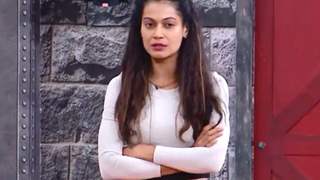 Payal claims to the kitchen duties to sort the hygiene issue in 'Lock ...

13 years ago Do u people know why the aatmaa is unable to enter shree''s body?? It is because she is thin and aatmaa (kangana aka ketkie of jjjkjf fame) is a bit fat !! Thats the reason she enters her sasuma''s body! LOL

+ 2
13 years ago aaaaaaaaaaawwwwwwww she is sooo sensative

archana04 13 years ago Hey no no no ..... She should not put on weigt she would not match Hari then. She is so Preety as she is. Luks so cute . Luv Kinshuk and Bidaai

versalli 13 years ago she is not too thin!! she''s jst perfect!!

+ 2
13 years ago well.. i think she looks nice the way she is. because with Hari her jodi looks good. cuz they are both young and Hari is not big either!! so why make Shree look big front of Hari?? c''mon directors..girls dont look good with too much weight on..hope they know this :)

+ 2
13 years ago She is preity and liked her jodi with Mridul!

Wasna looks cute the way she is