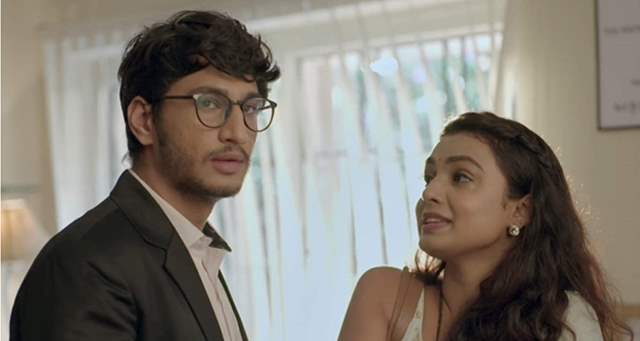 The current track of the show revolves around Nishant and Pallavi’s wedding. Also, Anu and Meethi have come face to face. While the show is always high on drama, the actors often have a great time offscreen. In a candid chat with India Forums, actor Vishwa Gulati who plays the character of Barrister Kunal Chauhan (KC), opened up about his eventful first meeting with Imlie co-actress Mayuri Deshmukh aka Malini.

He said, “The cast was shooting in Hyderabad at that time and I reached the studios and entered the lift, Mayuri was also in the lift. Both of us were wearing masks, so we couldn’t recognize each other. She looked at me and I also looked at her. We kept staring at each other as we felt we knew each other. After a few minutes, I asked her if she knows me, she asked me if I’m the new entrant in ‘Imlie’, I said yes and she told me that she plays Malini. I was surprised and when we got out of the lift, she spoke to me for good five minutes and I really felt great and less nervous to begin the shoot”.

He further added, “Mayuri is a phenomenal performer and I’m so glad to be working with her. She always obliges, if I request to rehearse a scene more than once. She made me very comfortable during the initial days and now I can safely say that we are bonding well and becoming good friends”.

2 months ago I like KC scenes. They are good. He is doing a great job.

Anokhisingh19 2 months ago Woww 😍 ...that's great We love your bond ❤️ onscreen and off screen ...lots of love ... Vishwa sir 😍😍 love your acting Imli show is getting more interesting day by day...their twist and turn makes it good