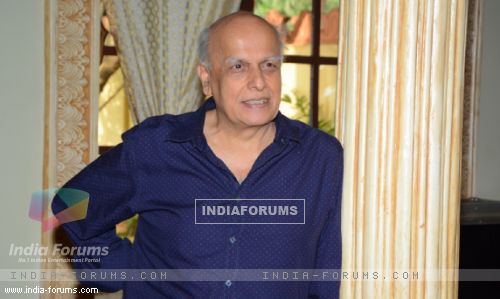 Not much to any one's surprise, Mahesh Bhatt is back again in full force to bring a show on television with a unique concept of bonded labor and that young girl's fight for the same. The show Udann is conceptualized by Mahesh Bhatt.

In this exclusive chat with TellyBuzz, Mr. Bhatt speaks about what made him come up with a show based on this concept, dealings with the society and much more.

How did a serious concept like this came up to your mind?

Well it was while going through an issue of TIME magazine years ago that I stumbled upon a heart breaking incident where a bonded labor had to mortgage his unborn child which was in his wife's womb for the liberation of his father's soul. From there the idea was born. I tried making a film which was aborted because the financer lacked conviction and he ran out of funds. Years later, Guroudev Bhalla who was an assistant at that time with me came to me and said he would like to make this into a television serial and Colors gave it all its support because they have a history of making television programs on social concerns. And that is how everything started.

With this show, do you think you are bringing to light an important facet of society?

I think we get a vision to make a show or film from our society and through the medium of entertainment we provide the same back to the society. We as makers showcase our vision to the people, but it is then in the hands of the people and the society how they deal with such crucial and important issues. At the end, entertainment ke madhyam se itna hi ho sakta hain. Ground level pe kya badalta hai wo toh baki institutes jo law and order se connected hain wo hi badal sakte hain.

In recent times we have seen shows with unique concept are doing exceptionally well for our television. So what are you expecting from this show with yet another fine concept?

I feel that it is a very moving narrative and I am certain that it will resonate with the people of this country very well.

Lastly, you are coming up with a show on television almost after 17 years on television. What do you have to convey to your fans?

My message to each one of them is that I love this show. I love this concept. I feel for this issue from the bottom of my heart and I am certain if I as a human being feel for it, they as human beings will also love it.

Betterose 6 years ago The battle is always TRPs. Good shows loose their creativity and storytelling because of this super monster hanging on their heads and quality shows can get axed.