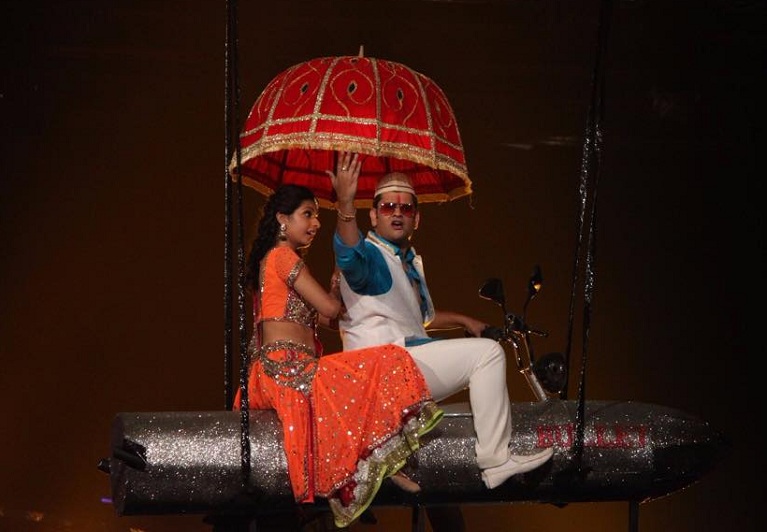 Popular actress Aishwarya Sakhuja, is all set to woo the audience with her dancing abilities along with Rohit Naag on Star Plus' couples dance reality show Nach Baliye 7.

The actress was last seen in Main Naa Bhoolungi on Sony TV and was away from the small screen. But now she is back with her baliye to showcase her  dancing talent on the stage of Nach Baliye.

Here is Aishwarya sharing her excitement for the show -

Post marriage you are coming back on the small screen in the couples dance reality show Nach Baliye. So, how excited are you?

I don't know why I'm being told that I'm coming back on small screen, I have always been here, I have never really gone anywhere. But yeah post marriage; Nach Baliye is one of the biggest platforms I have got. I'm very excited because this is something that I have never done earlier and Rohit is there with me in it. I couldn't have asked for more!

Viewers have already seen your acting skills and now you are set to show your dancing skills, so how are you preparing for the competition?

Viewers have seen my acting skills, and now I think I can show them my dancing skills but idea is not to showcase anything, but for me to be a part of Nach Baliye was all about for me to get into the grind of learning a skill. I never really paid any attention to dancing earlier although I loved it. Now I'm preparing as much as I can, but I know I really need to gear up.

What forms of dance are you keen to learn on the show from your choreographers?

I want to learn all kinds of dance forms be it Latin, Salsa, Tango, Bollywood, Contemporary, you name it like Bharatnatyam, like anything. There is so much to learn so, I think our choreographers will not deny that we are very good students, we don't really have much inputs. We are very keen to learn anything and everything that they throw on table. We are looking forward to all kinds of styles.

The tagline of the show is 'Too Much' so according to you, what will be the too much factor in the show?

I don't really know what 'Too Much' factor is going to be but from what I have seen up till now, I think the competition is too much, because every Jodi I have gotten to know is of like Wow. These guys are really good. You know you have to stay indoors with those people every day and the tasks that will be thrown at us, so obviously all that will amount to a lot of stress, lot of confusion & possible a lot of drama. So, I think the drama has not been seen on Nach Baliye up till now so, that will be too much factor.

Tell us something about your husband's dancing skills as his profession is not into acting or dancing. How will he cope up with the rehearsals?

I really can't comment on that but I have always seen him making people laugh. Be it me, his parents or his friends, everybody laughs around him. If he has a capability of doing that, then he can cope up with anything. So coping up with the rehearsals was a piece of cake for him, not really but I would like to believe that. But he had his share of difficulties. He still is and so am I because we both are non-dancers. But he has taken this up so beautifully, I never really thought that he will.

Out of all the jodis, according to you who is the toughest Jodi?

You know we have not really gone on the line yet to understand who is really good & who's not good because like I said we have to first raise our bar, raise our level of dancing. I think everybody is so fantastic.

We wish this jodi all the best!

5 years ago Aishwarya Sakhuja and Rohit Nag - you all are rocking it - love for you all to be winners because of your attitude and compatibility as a couple.

+ 3
5 years ago Aishwarya Sakhuja and Rohit Nag - you all are rocking it - love for you all to be winners because of your attitude and compatibility as a couple.