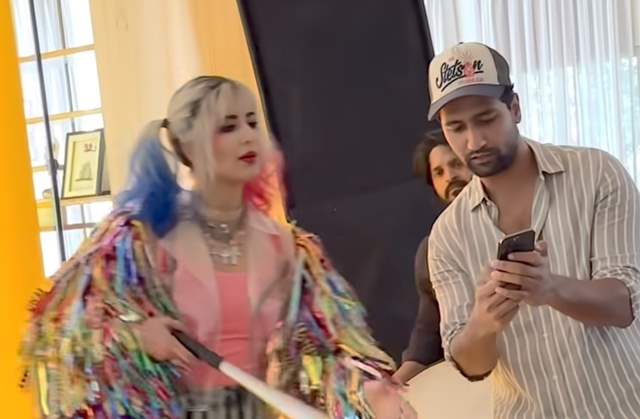 Katrina Kaif is leaving no stone unturned when it comes to promoting her upcoming film Phone Bhoot which is set to release on 4th of November and also features Siddhant Chaturvedi and Ishaan Khatter in the lead roles.

Yesterday, the trio gave the Halloween touch to their promotions and went in for cosplaying some of the iconic characters.

While Siddhant and Ishaan pulled of Shaktiman and Willy Wonka seamlessly, it was Katrina Kaif who stole the show. She dressed up as as Harley Quinn and looked absolutely stunning.

Recently, the Jab Tak Hai Jaan actress took to her social media handle and offered fans a glimpse at how her hubby Vicky Kaushal also had a hand in her cosplaying.

She shared a BTS video wherein she is seen posing for the camera with her baseball bat, while Vicky is directing her how to pose. Well can’t deny the fact that this was the cutest video on the Internet today. Sharing the video, Katrina wrote, “Jab husband director ban gaye”.

Fans went gaga over the video and flooded it with sweet remarks and emoticons.

As we know Vicky Kaushal and Katrina Kaif have been exuding major couple goals since their wedding. Their sweet social media banters and public appearances is something fans eagerly look forward to.

For the unversed, the duo tied the knot on 9th March 2022 in Rajasthan.

Recently they made waves when Kat shared a funny video of hers giving a spooky wake-up call to Vicky waking him up from his sweet sleep.

On the professional side, apart from Phone Bhoot, Kat has other exciting stuff in the pipeline. She will be a part of ‘Merry Christmas’, ‘Tiger3 ‘ and ‘Jee Le Zaraa’.

Vicky on the other hand has ‘Govinda Naam Mera’, ‘Sam Bahadur’ and few other untitled projects. 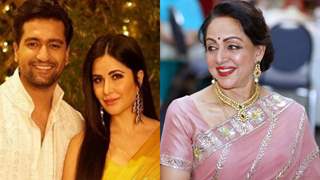