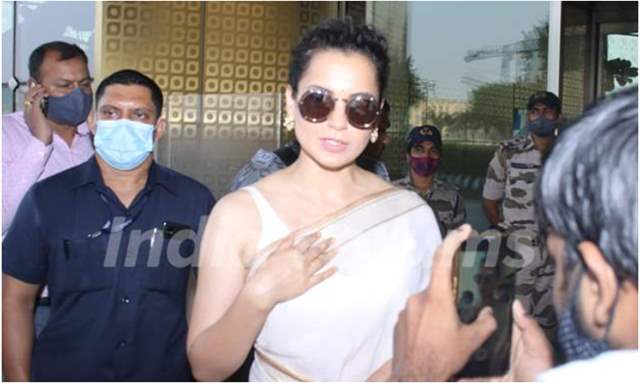 Actress Kangana Ranaut was honoured with a national award for the fourth time on Monday. Soon the actress was clicked at the airport after the National award winners were announced, Kangana engaged in a conversation with the paparazzi. She was congratulated on her big win and was asked about her reaction on achieving the new milestone.

Kangana Ranaut turned 34 today, and the actress is proud to celebrate her birthday. Taking to her Twitter, Kangana shared a long note with her fans speaking about how she is more confident than before and proud of the career she has made for herself.