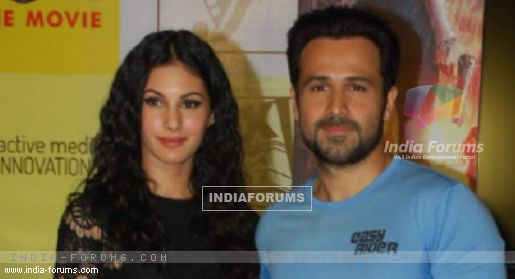 Actress Amyra Dastur says she was sceptical before saying yes to her forthcoming film "Mr. X" opposite Emraan Hashmi because of his bold image.

"I was a little apprehensive and sceptical initially to work with Emraan. However, Vikram Bhatt (film's director) made it very clear that its an unusual film and a U/A certificate kind of film. I was fine with it then," Amyra told IANS.

The actress added that Emraan helped break the ice on the sets.

The film features Emraan as an invisible guy, who seeks revenge for all the wrongs done to him. The film is slated for an April 17 release.

The 21-year-old, who ventured into Hindi cinema in Manish Tiwary's "Issaq" alongside Prateik Babbar, emphasises that it's a "family" entertainer.

"It's a proper U/A film as there are just two kisses in it. It's a family film. People do kiss and I think its time Indian audience accept it," she said.