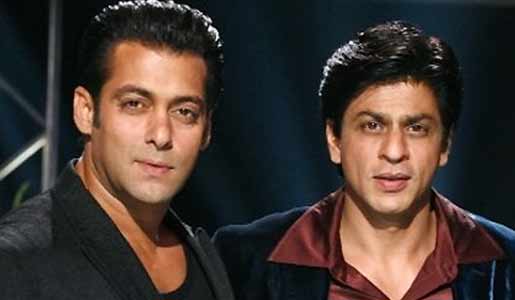 A group of single Indian women want to see the sweet-and-sour camaraderie of Bollywood stars Shah Rukh Khan and Salman Khan to turn sweet permanently, according to a survey.

Ahead of International Friendship Day, which falls Sunday, matrimonial website Shaadi.com conducted an online survey to find out what the country's single women felt about famous celebrity friendships.

Of the 4,700 responses receieved, 52.8 percent voted for SRK and Salman, followed by actresses Kareena Kapoor and Priyanka Chopra with 28.3 votes, and last but not the least, 18.9 votes for Karan Johar and Ram Gopal Varma.

The respondents were also asked to vote for the best among Bollywood's mother-son and father-son relationships. As many as 61.9 percent votes went to the friendly camaraderie between Neetu Singh and Ranbir Kapoor; and 59.2 percent votes for David Dhawan and Varun Dhawan.

Also, Shah Rukh and his daughter Suhana's friendship won a maximum of 67.8 percent as far as Bollywood's father-daughter relationships are concerned.

"The results suggest that people are looking at celebrities as real people with real relationships. These are some of the most successful Bollywood relationships whose love and understanding for each other also makes them great friends," Gourav Rakshit, COO, Shaadi.com, said in a statement.