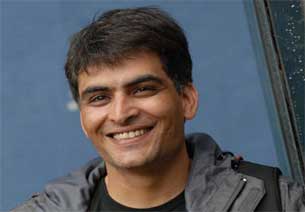 Actor Manav Kaul, who's ready to step into Naseeruddin Shah's shoes, and that too in one of his most iconic roles of "Albert Pinto Ko Gussa Kyoon Aata Hai", is looking forward to full-fledgedly exploring the cinematic medium after bidding goodbye to theatre.

"I've been directing plays and acting in them for ten years. I am restless now. I want explore the cinematic medium. I want to act in films now," said Manav.

Currently, his performance in Hansal Mehta's "Citylights" is wowing audiences. For the 37-year old theatre-film actor, the belated recognition in "Citylights" has come not a day too soon.

"It feels good. I've waited very long to reach out to a wider audience. My part in 'Citylights' has worked because I had a co-star like Rajkummar Rao to bolster my performance. No actor, no matter how talented, can hold up a performance on his own," said Manav, who has been struggling to find a firm foothold for 14 years.

Recognition came to him all of a sudden in "Kai Po Che!" where he played the Hindu fundamentalist in Gujarat.

"I got a lot of appreciation for my role in 'Kai Po Che'. But not too many people knew who I was at that time. That's because I'm into acting and direction for the love of it. Also, I had put on some weight to play this character and I was looking different from how I usually do," he said.

Giving details of the project, Manav said: "It's being directed by Soumitra Ranade. It's a completely different take on the subject. My Albert Pinto is still very angry. But Soumitra and I have decided to make the character far edgier."

Manav directed many distinguished plays in English, the latest being the controversial "Colour Blind" about the secret relationship between Rabindranath Tagore and Victoria Ocampo, the Argentinian writer with whom Tagore shared a special bonding.

Kalki Koechlin played Ocampo. Manav says he would love to make a film out of the play. For many years Manav who is trained theatre actor and director, did not relentlessly pursue a movie career.

"There was no burning ambition to become rich and famous. There still isn't. I don't wish to accrue wealth. I've no desire to own a house and car.I'm single.I've no major financial liabilities. I am happy just doing what I love to do...like I recently took off to the Himalayas to direct a small film 'Tathaghat' about the life of a Sadhu."

"Tathaghat" has been shot. But Manav has no money to edit the film.

"I made the film with my own money and I wouldn't want outside money to be used to complete the film. I believe in doing what comes naturally to me without any fear of the what the outcome would be. I directed another film 'Hansa' in the same spirit.

"It got some some recognition. But not the audience I would have liked."