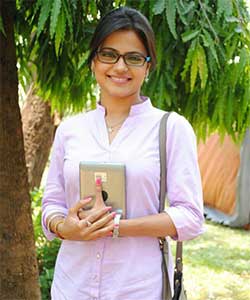 Rupali Guha's Film Farms Productions popular daily soap Uttaran which airs on Colors, will see a new entry in the show. We got to know that Vividha Kirti is all set to enter the show.

Vividha Kirti is very popularly known through her character of Mansi in the show Chhanchhan which aired on Sony TV. She played the daughter of Supriya Pathak. Also she was seen in the show Afsar Bitiya which aired on Zee TV, she is ready to make her next stint on-screen through the show Uttaran.

To know more about her entry in the show and her character we contacted our reliable source who informed us saying, "Vividha Kirti will be seen playing the character of Ambika. Ambika is the daughter of a corrupt police officer."

"Her entry in the show will mark a twist in the tale which will make the storyline of the show more interesting. Ambika a.k.a Vividha Kirti will enter the show in tomorrow's episode."

To know more about Ambika and the upcoming storyline of the show don't miss to watch Uttaran. We at TellyBuzz wish Vividha Kirti all the very best for this show.

Rishi_ 6 years ago god wasnt the crap going to end?
and here we have a new entry.

hope its trps fall even more and it ends.

tinafans 6 years ago very true sylvi.. please tina dutta quit this crap show even not only tina each and every actor desrve bettr show than this crappy uttaran

The_Trendsetter 6 years ago Please leave this show Tina Dutta and come in a new show. U desrve a much better show. Love your acting and want to see you in a new show with a good storyline.

loveyouichcha 6 years ago Another new entry in the show.I dont want ambika to be paired with aakash

Lady_Impala 9 years ago ranveer all the way. i loved him in band bajaa baraat

Sonakshi is REALLY pretty and Ranveer has some awesome dance moves =)