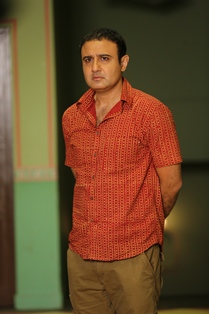 Vivek Mushran who's playing the protagonist Nisha's father in Nisha Aur Uske Cousins on Star Plus is unwell and not been able to shoot for last two weeks. The actor was suffering from a pain in the stomach and on diagnosis learned that there were cysts in the kidney.

Says a source, "Vivek has been hospitalized and is undergoing treatment. As a result, his track has been reduced in the serial. However, the makers have taken permission from the hospital authorities to shoot close-ups and mid-shots."

The actor is an integral part of the show which deals with the issue paramount these days, which is about the different point of views of 3 different generations. Nisha Aur Uske Cousins' conveys a relatable story of young India. It is showcasing an unexplored bond between Cousins which I believe is a relationship that forms the crux of everyone's growing up years.

6 years ago OMG i remember vivek mushran as a bollywood actor in the 90s! he used to date manisha koirala in those days. gosh it's so strange to see these choc box 90s heroes, like vivek and ayub khan, playing daddies on the small screen!

+ 2
6 years ago Sad to hear...wishing u a speedy recovery Vivek Mushran .