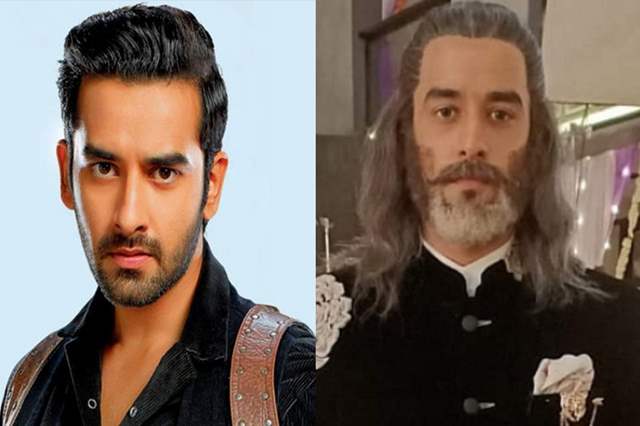 TV actor Vishal Vashishtha plays a negative character for the first time in his seven-year career, and he loves the traits his character displays.

Vishal's antagonist Kabir in Ishq Mein Marjawan 2 is different because of the conflicting traits in his personality, the actor observes.

"All the previous roles I did on TV have been one of the good guys, but Kabir is different. He is not really a psychotic guy but he touches the line and comes back, which is quite exciting. So it's kind of challenging also that sometimes you don't want to push yourself beyond the line where he will be called a 'psycho'. He is a very smart guy, and he plans everything, he is very impulsive, he is agitated at times, there is a restlessness about him," Vishal explained.

The cast never felt the burden of living up to the success of season one of the show, he averred.

"I will be lying if I said that I did not think about the success of the first show but, honestly, I think it comes down to the producers. The first meeting, the first discussion -- nowhere was it mentioned that the first show was a hit so we have a lot riding on our shoulders. That's why the actors were relaxed, comfortable. Each of us was only concentrating on what the character is and how the story is going to go," he said.

"We had a very important Goa schedule in front of us, which we were starting and all our concentration was there. We had a great time in Goa, but never had the feeling of nervousness or a heavy burden on the shoulder to carry on the success of the first show. The perspective is very fresh, the characters are new, so I guess that changed everything," he added.

Vishal started his career with Crazy Stupid Ishq, but became a household name with Ek Veer Ki Ardaas: Veera where he played the role of Baldev.

Bigg Boss Season 14: Housemates spill the beans about their dating ...

Sudharies 1 months ago Vishal Vashisht is a very good actor. He will shine in this role, if the script is good. Good luck to him

Riansh 1 months ago Seriously vishal is nailing the character and I am sure he will do it without any flaws...

Aziz01 1 months ago Vishal as Kabir is doing great. Finally we have a real villain in #RiAnsh love story