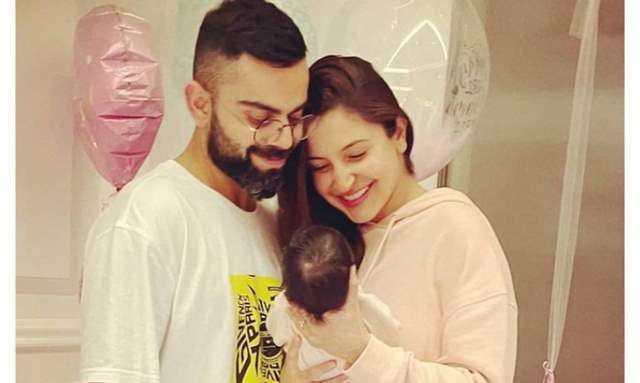 Anushka Sharma introduced her baby girl on Monday as she shared the first picture of her alongside husband Virat Kohli. The couple who welcomed their baby on January 11, named their daughter Vamika and thanked the fans for all the wishes, prayers and good energy.

The Indian cricket team captain, paternity leave during the Australia Vs India test series after the first test match and headed home. Now, ahead of the India Vs England test match, Virat during a recent media interaction, shared his thoughts on becoming a dad and missing out on the greatest test series of all times.

Kohli was asked to express his thoughts about becoming a father and not being part of one of India's greatest series win in Australia last month.

"Firstly I don't think the two can be compared. Becoming a father has been and will remain the greatest moment in my life, in both our lives. That is something to be experienced to understand what I am saying," reported PTI. He continued, "Secondly, the connection to the team does not go away in any situation. Especially when you have given everything to the team.”

The Indian skipper also revealed how he kept in touch with the game while waiting for his first child's arrival and mentioned he was watching the match when the doctor called him and Anushka.

"The last Test, I remember when Shardul and Sundar were having a partnership, I was watching it on my phone just before we had to go when the doctor called us so. That is how connected you are to the team and how much you are looking forward to the guys doing well," he said.

Earlier, Virat had taken to social media to announce the birth of their little girl and shared a tweet which read, "We are thrilled to share with you that we have been blessed with a baby girl this afternoon. We thank you all for your love, prayers and good wishes. Anushka and the baby are both healthy and we are feeling beyond blessed to start this new chapter of our lives. We hope that you can respect our privacy at this time."