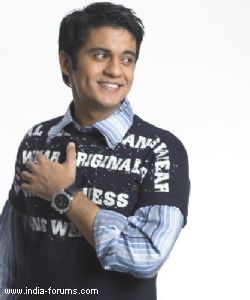 Tellybuzz had exclusively reported about UTV's upcoming show titled Mehendi Rang Layegi on Sony TV which was on a halt for almost a year. The show picked up speed and has shot for the promos which will hit the channel soon.

Starring actors like Neha Janpandit, Vinny Arora, Shafaq Naaz, Krutika Gaikwad and Neha Narang, it's now time for some male actors to get on board. The latest we hear is that Vinay Rohrra, last seen in Colors' Laagi Tujhse Lagan as Bajirao, has been roped in to essay one of the lead roles in the show.

"Vinay Rohrra would be paired opposite the third sister Vinny Aarora. Eijaz Khan would play his younger brother. The promo shoot has been completed and the shoot is expected to go on floors by next week", adds the source.

We contacted Vinay Rohrra and he comments, "Yes, talks are on and if everything falls in place I would be doing the show. But as of now nothing is confirmed."

Well Vinay, your fans wish you to come back…

MAANVEER3 8 years ago LOLL Eijaz the younger bro? sure I would believe that if it was 6 yrs ago.
looking forward to the drama

Fallen-Angel 8 years ago Looking forward to this show...it sounds interesting!

*Dev.* 8 years ago Its a remake of Metti oli which ended last year after running complete successful, award winning Best Serial of TV, 5 YEARS, so Expect more from SHUBH VIVAAH becoz it hv such wonderful cast . And its Vinay rohra and Vinny arora! Dnt get cunfusd!

AngeloScuro 8 years ago "Vinay Rohrra would be paired opposite the third sister Vinny Rohrra. Eijaz Khan would play his younger brother. The promo shoot has been completed and the shoot is expected to go on floors by next week", adds the source.
Is it Rohrra or Arora?

papia 8 years ago Looking for Ezaz returns after such a long time.

Keva 8 years ago Good luck to Vinay. How can Vinay's character be the older brother of Eijaz character? LOL It sounds weird. Vinay is too young to be an older brother.

'Billions' Renewed For Season 6
59 minutes ago