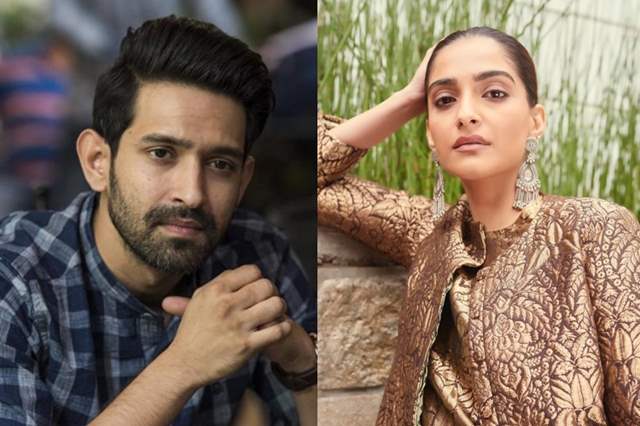 Actor Vikrant Massey who was last seen in ALT Balaji-Zee5’s Broken But Beautiful 2 has bagged yet another project. Massey is set to share the screen with Bollywood diva Sonam Kapoor Ahuja for Sujay Ghosh’s upcoming crime-thriller.

As per reports, the film is an official remake of a Korean movie - Blind. In the film, Sonam will play an ex-cop, who turns blind after meeting with an accident during an investigation. Later, she witnesses a road accident and helps police solve the hit and run case. Massey will play the male lead, who’ll also claim to be the witness.

Produced by Sujoy Ghosh, the project will be helmed under the direction of his associate, Shome Makhija. The movie is an out and out female-hero film and Sonam Kapoor perfectly fits the bill, as per Ghosh. The film is expected to roll in March 2020.

Besides this, Massey will be seen in Meghna Gulzar’s Chhapak wherein he plays husband to Deepika Padukone’s character, who is an acid attack survivor. He has also shot for Ronnie Screwvala’s ‘Yaar Jigri’ with Sunny Singh and Vinod Bachchan’s ‘Ginny Weds Sunny’ opposite Yami Gautam.

Are you excited to watch Vikrant and Sonam in the film? Let us know in the comments below.