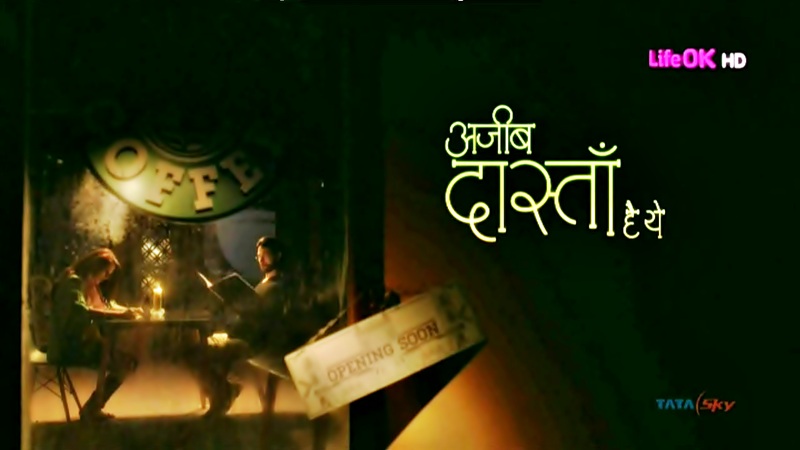 Balaji Telefilm's popular reality show Ajeeb Dastaan Hai Ye on Life OK is grabbing many eyeballs with its promising concept and the exceptional acting of the star cast. Bollywood's popular actress Sonali Bendre has made her TV debut from this show and is also loved for her character of Shobha on the small screen.

As seen in the ongoing episodes, viewers have already seen the clashes between Shobha and Vikram's (Apurva Agnihotri) family and on the other hand Shobha will also expose Sandeep's evil deeds in front of everyone. But there will be a major twist awaiting for the audience so let's find out what it is.

As per our source, "Shobha will go to Sandeep's (Anurag Sharmaa) house with a hidden camera and will try to act sweet and friendly with the hope to unveil his real face. But instead he will accuse Shobha the she is trying to get physical with him. He will call Vikram along with the entire staff at his place to show that Shobha is characterless. He will break his shirt's button and at that moment everyone will enter the house. Thus Vikram will ask Shobha to resign and this will make Shobha upset and hurt. Later when Nani will come to know about Vikram has asked Shobha to resign, she will give advice to Vikram to think over it again as Shobha is not that type of person. Vikram will call the entire staff in his cabin and will hand over the resignation letter to Sandeep. The entire staff along with Shobha and Sandeep will be in state of a shock. Thus Vikram will show everyone the CCTV footage where Neetu and Sandeep are hatching a plan to prove Shobha characterless."

The source further added, "Soon after this drama there will be a Diwali celebration where the audience will see a nok jhok between Sharda (Alka Amin) and Nani as Sharda will be performing puja but will get distracted because Nani will be playing a loud music. This this will annoy Sharda and eventually she will disconnect their electricity to stop the music. Thus Vikram and Nani will get angry as Vikram will think that not only Shobha is against me but her entire family is against our family and are troubling them. Later Reehan (Devyansh Tapuriah) who hates Vikram calls him Bhooth uncle and will make a plan to harass Vikram. He will ask all the kids from the society to burst cracker at Vikram's window and whosoever succeeds, Rehaan will give all his his toys to that person. Later Rehaan himself will burn a rocket which will directly go inside Vikram's room and will ignite his papers. This will add fuel in the fire and thus Vikram and Nani will go to Shobha's house to confront. Shobha will scold Reehan for his mischief."

Will this Diwali bring more dhamaka in Vikram and Shobha's life?

-Piku- 6 years ago This is getting interesting. Good Sandeep is exposed

NidhiAS.Raizada 6 years ago Why sandeep has to be a cheap womanizer, cruel, man? In YHM, and now here as well! But great to know Vikram will throw him out..I watched all the episodes in one go and I loved them all! An awesome show...
sonali and apoorva are rocking together!

spsharmila 6 years ago Waiting for the track...I am loving this show...after a long time I have found something which holds my attention :-)