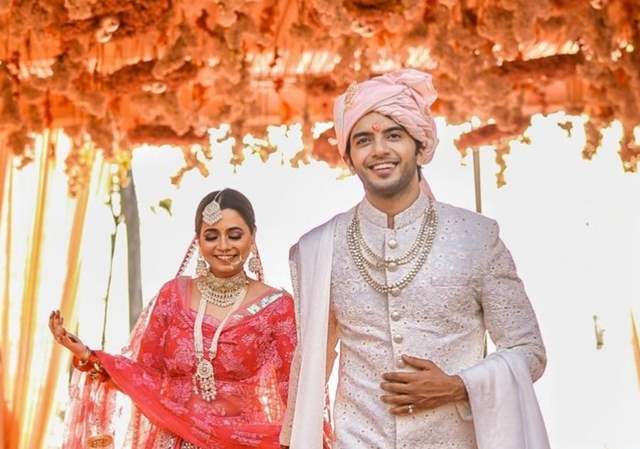 Vikram Singh Chauhan took to social media today as he announced his wedding with long-time girlfriend Sneha Shukla. The actor had fans by absolute surprise as he shared the photo on his social media. Vikram recently got talking about the same and told The Times of India how he did not intend to share anything for at least the next 10 days, however, he decided to break the news to everyone while sitting idle.

Vikram further revealed how the duo planned on getting married last year and even set a date, however, the pandemic lead to them postponing the wedding. Nonetheless, they decided on getting married on April 27, however, things seemed to be getting worse once again, however, he did not want to postpone it once again and they wanted to tie the knot. Hence, they decided to go ahead with the wedding.

Vikram, however, mentioned how they did have a very relaxed wedding as they were not tired during the rituals. Nonetheless, he did mention how they did want their family members to be present and had postponed the wedding due to the same reasons, however, they couldn't have them this year as well. He mentioned how necessary precautions were taken and only a few people were present. He also revealed that everyone at their wedding was tested, including the pandits and photographers.

He then spoke about meeting Neha and revealed how she was technically her boss at the office and it wasn't love at first sight. However, he said how she was supportive and would always let him take leaves to go for auditions because it was his dream to become an actor. Ask him about when did love happen and he revealed how they were both jealous when the other spoke about someone else and the feelings came naturally to the two, but no one proposed to each other. He also revealed how he tried to propose to her but she was embarrassed and in splits and they are more of friends, which is why going down on the knees never happened.

The actor also revealed that the two have canceled their honeymoon plans and though they had made their bookings to Bali and Maldives, they had to cancel them due to the situation. He revealed that they are currently in his hometown, Dehradun, and are spending their time together as a married couple.

+ 3
15 days ago Congratulations to Vikram. Wishing him a happy life

15 days ago Congratulations for both. 😍Lead a happy life forever