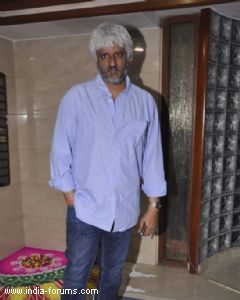 Filmmaker Vikram Bhatt will soon be seen hosting a TV show based on real-life romances. The show is titled 'Ishq Kills'.

Bhatt will step in front of the camera for the show that brings to the forefront a series of forbidden love stories that go beyond the traditional norms of society, said a statement.

The show will include a fresh casting and storyline in every episode.

'Ishq Kills' was first offered to actress Bipasha Basu as she was very keen on television but she found it too unconventional and preferred dance reality shows. Bhatt was then roped in as the host of the series.

The show will go on air from February 16 on Star Plus.

naina2010 6 years ago Very impressive episode . I liked it. In the stream of the current shows, this comes as a reality check for all the young crowds , where world of fiction meets the reality.

Good one and must watch for all viewers.

princessRock776 6 years ago oh yeah? where is the episode video?I don't see any video posted? when are they going to create the forum I see nothing here